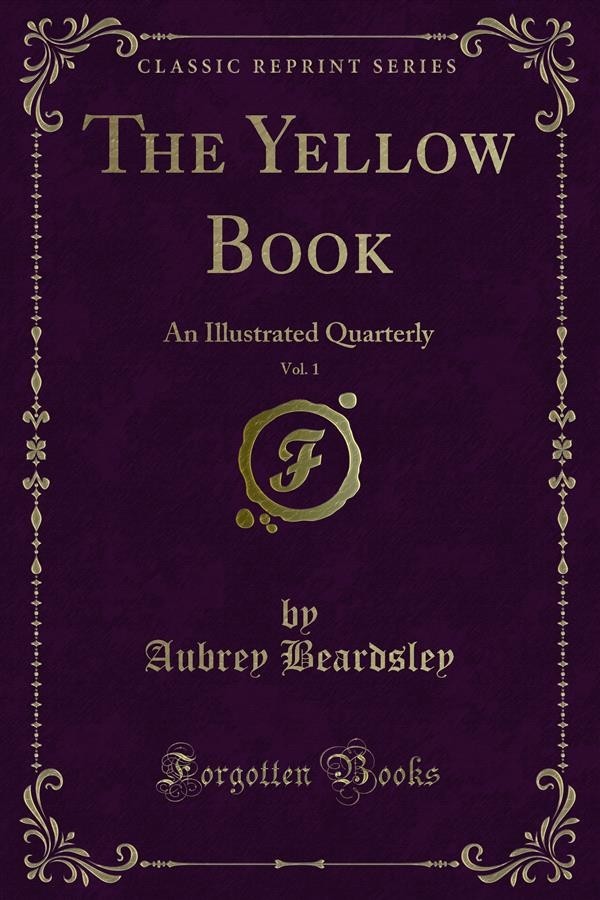 <i>The Yellow Book</i> was a periodical published in London during the late 1800s. Edited by Aubrey Beardsley, the publication was a collection of short stories, poetry, artwork, and other artistic and literary works. <i>Volume One</i> was originally published in 1894.<br><br>While only published for a short period of time, <i>The Yellow Book</i> was a highly influential periodical. Editor Beardlsey was also a regular contributor of artwork to the book, and his drawings were intended to shock readers with their grotesque nature. <i>The Yellow Book</i> was very much tied to the Decadence and Aestheticism movements of the day and their rejection of Romanticism. <i>Volume One</i> contains literary works from several well known authors, including Henry James, Arthur Symons, Richard Le Gallienne and others. This collection contains twenty-one distinct pieces of writing as well as fifteen works of art.<br><br><i>The Yellow Book</i> was an influential and important periodical upon its original publication. While the modern reader may struggle to find anything controversial within its pages, the images by Beardsley were at the time shocking. While the periodical may not have enjoyed widespread readership, it was a popular text in literary circles, and has been referenced in literary works for decades after its demise.<br><br><i>The Yellow Book: An Illustrated Quarterly – Volume One</i> is a work of significance. The writings and artwork included are top notch, and the modern reader is provided with a window into the important artistic movements of the late nineteenth century. Whether you are reading this publication solely for the literature, or if you are interested in this collection's historical significance, Beardsley has assembled a book that is sure to be a fascinating read.