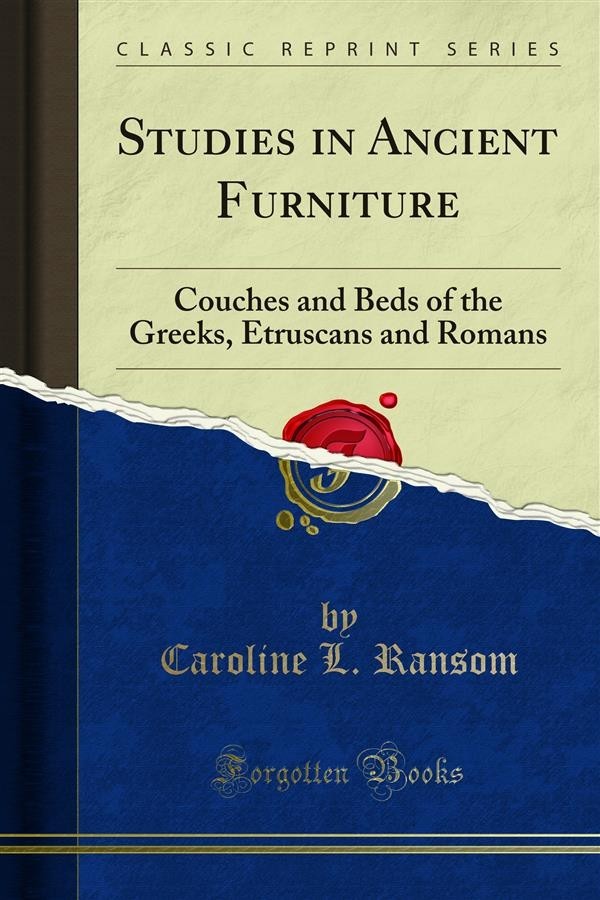 This book was begun as an archæological study. At the last, however, in the hope that it might appeal also to certain lay readers, some statements have been introduced which would otherwise be superfluous. The task has been a very different one from that undertaken by a person writing on furniture of the last few hundred years, because the facts have had to be gleaned and pieced together from comparatively meager sources. The nature of the ancient evidence is set forth in the Introduction. In chap, i is given a rapid chronological survey of the forms of Greek, Etruscan, and Roman couches; in this chapter some forms rare on the monuments are noticed which have had to be ignored later because of lack of further evidence in regard to them. All statements as to provenience, dimensions, etc., of the material published in the plates, and longer discussions which would have interrupted the main trend of the general chapters, have been relegated to a section of the Supplementary Matter, "Discussion of Plates."<br><br>It would be useless to try to enumerate in all particulars the extent and nature of my indebtedness to previous writers. Some acknowledgments will be found in the footnotes, as well as references to some of the earlier results which it has not seemed necessary to summarize here. I have been most aided by the following treatises: Blümner, Technologist und Terminologie der Gewerbe und Künstc bei Gricchen und Römern; Mau, in Pauly-Wissowa, Real-Encyclopädie der classischen Altertumswnissenschaft, article Betten; Girard, in Daremberg and Saglio, Dictionnaire des antiquités grecques ct romaines, article Lectus; Graeven, Aitike Schnitzereien aus Elfenbein und Knochen. Many references to passages in ancient authors have been obtained from the first three of the works just mentioned. For still other references I have to thank Professor F. B. Tarbell. Extensive independent foraging in ancient literature and inscriptions, and the discussion of purely philological questions apropos of beds, I must leave to Specialists in the fields referred to.<br><br>This study would never have been attempted but for the material gradually accumulated in visits to various European museums. In the midst, however, of many other interests during student life abroad, my observations along this line were not always as detailed and accurate as I could now wish that they had been. It is also a matter of regret that the collections of bronzes in the Naples museum and in the Palazzo dei Conservatori in Rome were inaccessible during my stay in Italy, and that I was unable to visit the museums in smaller Italian cities.