The History of Materialism 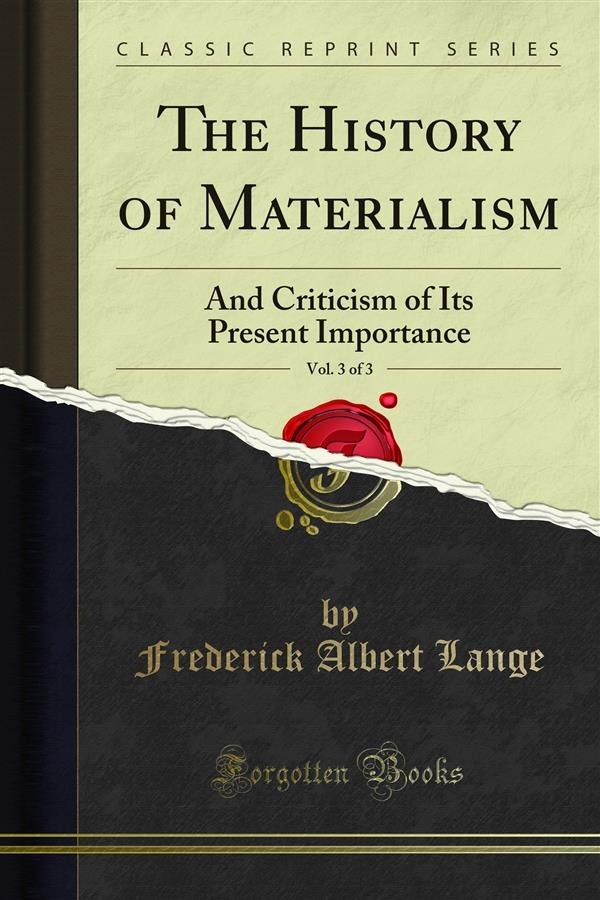 The History of Materialism

One of the most important questions in ancient Materialism was the question of the natural cosmogony. The much-ridiculed doctrine of the endless parallel motion of the atoms through infinite space, of the gradual entwinings and combinations of the atoms into solid and fluid, living and lifeless bodies, for all its singularity, had still a great work to accomplish. And beyond doubt these ideas have had a mighty influence upon modern times, though the connexion of our natural cosmogony with that of Epikuros is not so clear as the history of Atomism. It is rather the very point which subjects the ancient ideas to the first decisive modification, from which that idea of the origin of the universe was developed, which, despite its hypothetical character, even yet has the utmost importance. Let us hear Helmholtz on this point.