History of the Town of Middleboro Massachusetts 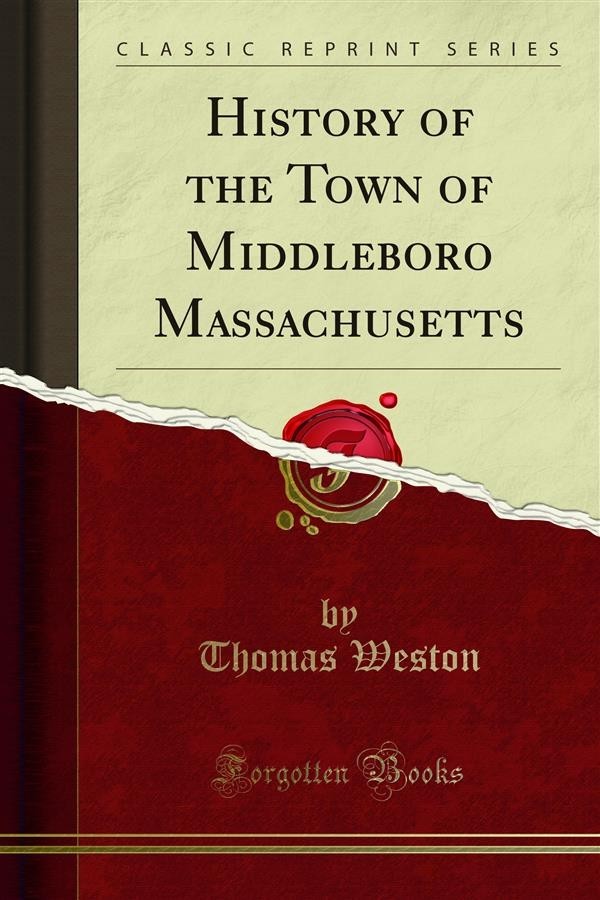 History of the Town of Middleboro Massachusetts

This volume should have been written fifty years ago, during the lifetime of many men who were familiar with the early history and traditions of the town, which they had learned from older men with whom they had conversed in their younger days, who, in turn, had learned these stories from the early settlers. These men were Wilkes Wood, Zachariah Eddy, his son Samuel Eddy, Colonel Thomas Weston, Alfred Wood, and others. Wilkes Wood delivered an historic address in 1815; Zachariah Eddy wrote the history of the First Church; Sam uel Eddy gathered many important facts not before recorded Colonel Weston was especially familiar with the genealogy and traditions of the settlers, and John Bennett left a number of valuable papers relating to their conveyances of land but when these men passed away, much of the early history which might have been preserved was lost forever. General Ebenezer W. Peirce, who was interested in the military affairs of the town and the early history of Lakeville, wrote an account of Middle boro and Lakeville for the History of Plymouth County, a genealogy of the Peirce family, and many articles which were published in the Middleboro Gazette. We have transcribed what could be obtained relating to the early history from the records of Plymouth Colony and the Massachusetts Archives; but it is unfortunate that in King Philip's War the records of the town and many ancient docu ments were burned. There have been kept, however, many of the records of different purchases from the Indians, the original or early copies now being in the possession of the town clerk.