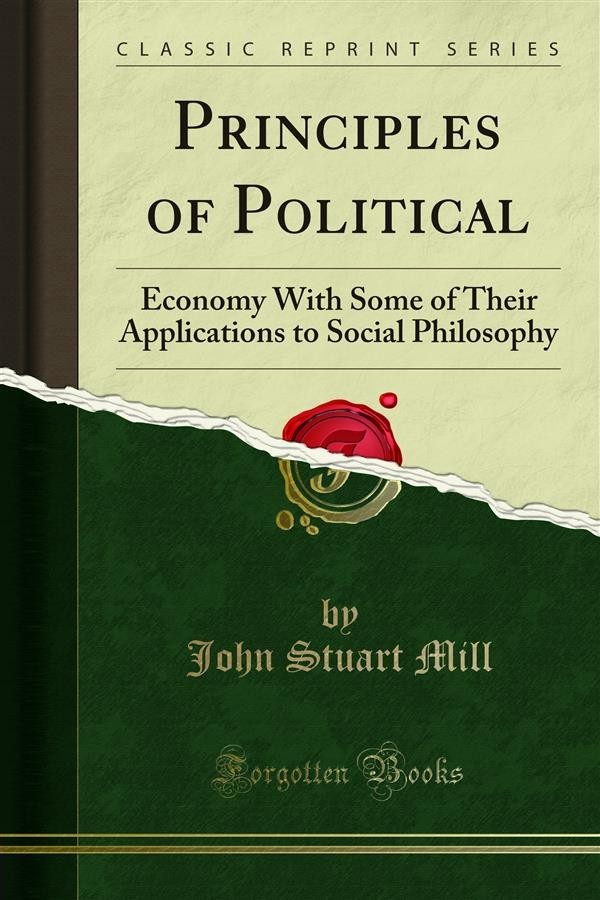 The appearance of a treatise like the present, on a subject on which so many works of merit already exist, may be thought to require some explanation.<br><br>It might perhaps be sufficient to say, that no existing treatise on Political Economy contains the latest improvements which have been made in the theory of the subject. Many new ideas, and new applications of ideas, have been elicited by the discussions of the last few years, especially those on Currency, on Foreign Trade, and of the important topics connected more or less intimately with Colonization: and there seems reason that the field of Political Economy should be re-surveyed in its whole extent, if only for the purpose of incorporating the results of these speculations, and bringing them into harmony with the principles previously laid down by the best thinkers on the subject.<br><br>To supply, however, these deficiencies in former treatises bearing: similar title, is not the sole, or even the principal object which the author has in view. The design of the book is different from that of any treatise on Political Economy which has been produced in England since the work of Adam Smith.<br><br>The most characteristic quality of that work, and the one in which it most differs from some others which have equalled and even surpassed it as mere expositions of the general principles of the subject, is that it invariably associates the principles with their applications. This of itself implies a much wider range of ideas and of topics, that are included in Political Economy, considered as a branch of abstract speculation. For practical purposes. Political Economy is inseparably intertwined with many other branches of social philosophy. Except on matters of mere detail, there are perhaps no practical questions, even among those which approach nearest to the character of purely economical questions, which admit of being decided on economical premises alone.