A Treatise on Equity Jurisprudence 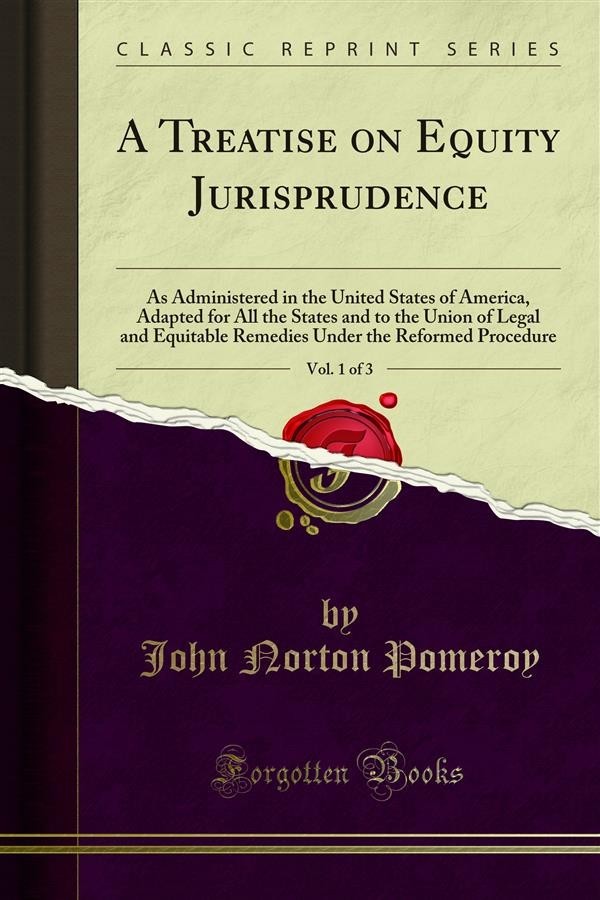 A Treatise on Equity Jurisprudence

The author herewith submits to the legal profession a text book which treats, in a somewhat comprehensive manner, of the equitable jurisdiction as it is now held by the national and state tribunals, and of the equitable jurisprudence as it is now ad ministered by the courts of the United States and of all those States in which the principles of equity, originally formulated by the English Court of Chancery, have been adopted and in corporated into the municipal law. It is proper that he should, in a few words, explain the motives which led to the prepara tion of such a work, and describe the plan which he has pur sued in its composition.