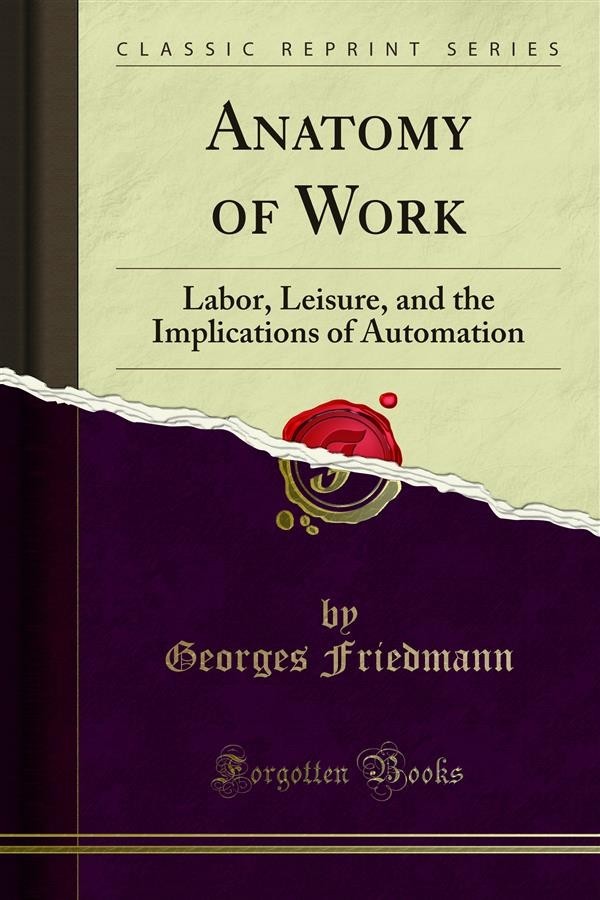 Perhaps after all the division of labour is a necessary evil. Labour having been simplified to its extreme limit, the machine takes the place of man and man engages in other more complicated work, which he then proceeds to subdivide and simplify in order to give more business to the machine. And so it goes on. Thus, more and more, the handworker's domain is invaded by the machine, and, as the system is extended to its extreme limits, the worker's function becomes increasingly intellectual. This ideal attracts me greatly; but the transition period is a hard one, since, until the new machines are created, the worker is himself made into a machine by the simplification of his work, and suffers the unfortunate effects of a debasing necessity... Let us then accept the division of labour where it is proved necessary, but with the hope that the machine will increasingly take over all simplified jobs; and let us insist with the same urgency as for the workers of other classes, that the workers of this class shall receive an education not only saving them from mental torpor, but also stimulating them to find a way of controlling the machine instead of being themselves the machine-controlled. - anthime corbon, Worker, Vice-President of the Constituent Assembly of 1848<br><br>Without work all life goes rotten. But when work is soulless life stifles and dies. - albert Camus