The Egyptian Law of Obligations 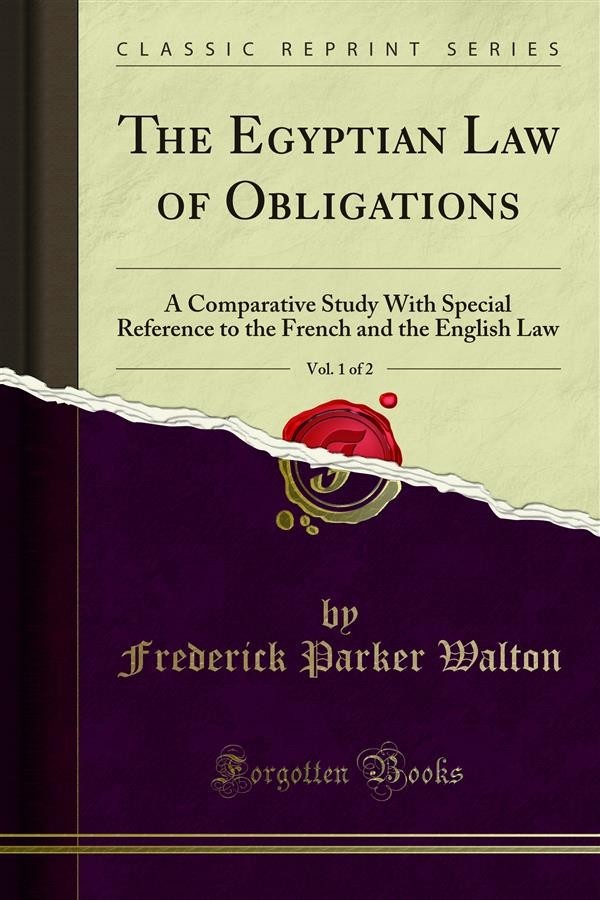 The Egyptian Law of Obligations

In writing this book, which I hope to follow up by a volume on the law of responsibility or "torts," I have had in view two objects: the first to provide a commentary in English on the Egyptian Native Code so far as the subject of obligations is concerned, and the second to compare the Egyptian Code with more recent European codes, with the civil law of the Province of Quebec, and also with the English law. But the articles upon obligations in the Egyptian Code are merely an abridgment of those in the French Code with modifications in details, and the Egyptian Courts, unless they have already a settled jurisprudence of their own, naturally turn for guidance to the French commentators and to the decisions of the French Courts, more particularly to those of the Cour de Cassation.<br><br>Any commentary on the Egyptian Code must, therefore, be, in effect, a commentary on the French Code indicating the points where the Egyptian legislator has introduced modifications. This encourages me to hope that this book may be found useful by English and American lawyers who are interested in the French law.<br><br>Until recently few lawyers who practised the common law took much interest in the modern civil law, and not many civilians were at the same time students of the common law of England.<br><br>Upon both sides there are gratifying signs of change in this respect.