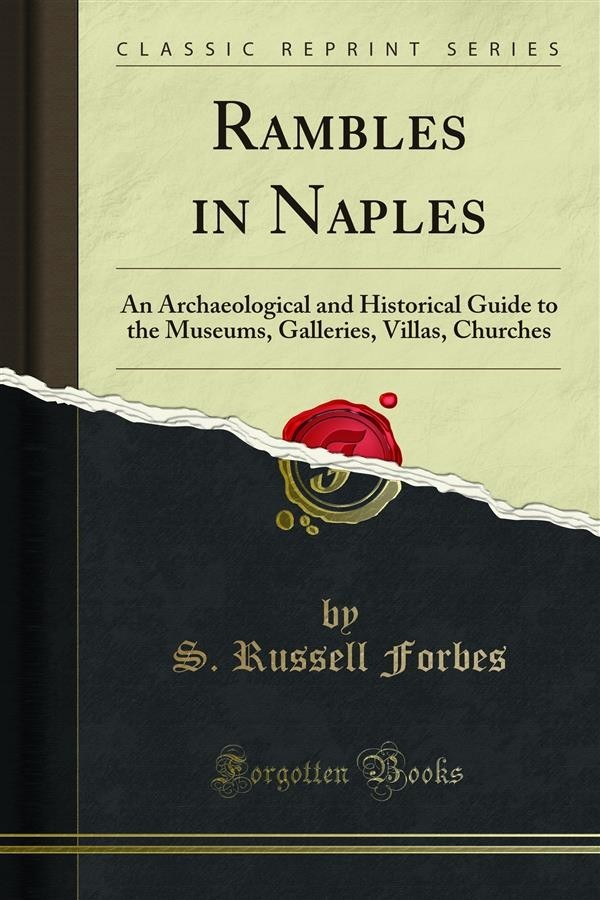 So many visitors ask us to furnish them with an itinerary for seeing the principal objects in Naples and its neighbourhood in a few days, that we present the following, which we have often executed, and so know that it is practical.<br><br>Leave Rome by mid-day express, arriving in Naples in time for dinner. Take the omnibus to the hotel.<br><br>First Day.<br><br>Visit the Museum at 9 a.m. Lunch at the restaurant in the Galleria Principe di Napoli, opposite, at 12.30. After lunch, take a cab to the station, in time for the 2 o'clock express for Pompeii, with a return ticket. After seeing the ruined city, return to Naples by the evening train. Book places for the ascent of Vesuvius for the morrow at Cook's Office, Piazza dei Martiri.<br><br>Second Day.<br><br>Carriage and funicular-rail excursion to the summit of Vesuvius , or, make the excursion by carriage to Pozzuoli and Baiæ.<br><br>Third Day.<br><br>Steamboat excursion on the Bay of Naples to Capri. Visit the Blue Grotto, and, after lunch, take the steamer to Sorrento ; land there, and take a carriage to Castellamare, by the celebrated road; thence by rail to Naples.<br><br>Fourth Day.<br><br>A carriage drive through the Via Roma up to the Church and Museum of S. Martino; hence along the Corso Vittorio Emanuele, noted for its splendid views, to the Grotto of Posilipo and Virgil's Tomb, returning to the hotel at 1 o'clock to dine. Leave in time for the afternoon fast express to Rome.