Genealogy of the McKean Family of Pennsylvania 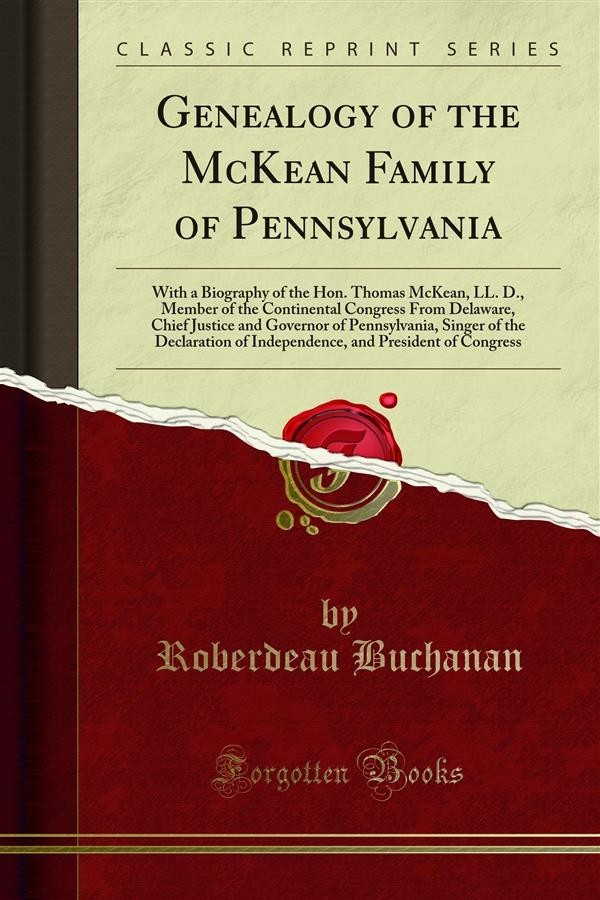 Genealogy of the McKean Family of Pennsylvania

To him is due the high distinction of serving longer and more continuously than any other member of the Continental Congress, in the stormy and eventful years of the struggle for our independent National existence.<br><br>To this it may be added that his assiduity was equalled by his courage, discretion and ability in the "times that tried men's souls."<br><br>In parliamentary bodies, declamatory vigor and selfish assertion, contenting itself with sharp criticism upon the work of others, may, and often do, give distinction and sometimes an undeserved reputation with the public; while the patient, self-controlled and steady labor that formulates and constructs is recognized and appreciated only by the singular few, who quietly take part in the real work of State building, and to whom mankind are chiefly indebted.<br><br>In this sober class of unselfish and conscientious constructors of our republican system, Thomas McKean must be ranked among the first.<br><br>As his kinsman and descendant, you have performed a pious duty in compiling with simple accuracy, a full and faithful record of the life-work of your ancestor; and the picture you have given of his private as well as of his public character and career is just and true.<br><br>As a citizen, you have done public service in contributing an important chapter in the veritable history of laying the foundations of the government whose blessings we now enjoy, and which it is the duty of each of us to assist in transmitting unimpaired to posterity.