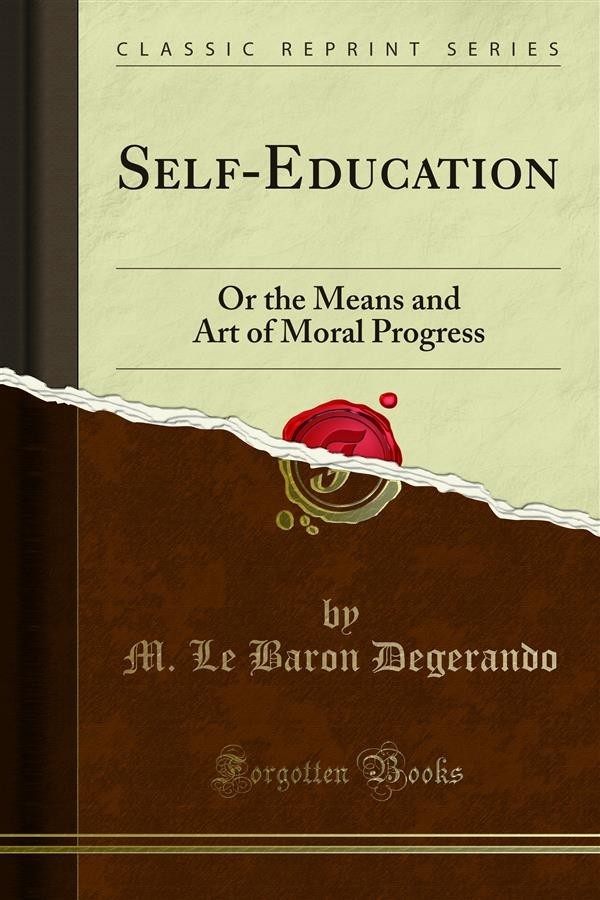 To the five degrees of the ascending scale correspond five kinds Of good, which are so many special ends, mark ing out for each order of faculties the destination which is proper for it. The exercise Of the senses has for its Object the preservation of the individual, which we may call per sonal good; the affections identify personal good with the happiness Of others the intellect has truth for its end and science for its treasure, which form an intellectual good; the moral faculties have duty for their end and virtue for their treasure while religious worship puts man in posses sion of the future, and gives him an end beyond the limits of his terrestrial existence, in his communion with Him who is the source and beginning of all things. But none of these different ends is exclusive no one remains isolated each serves in its turn as a means and an instrument to all the others they become more powerful in their turn, in propor tion as they themselves approach perfection, and that which is the most elevated of all, is of all the most fruitful. The simplicity and unity Of this system are remarkable religion sanctions, commands, and rewards virtue, which is the means Of personal good and general happiness, and alone gives true value to the understanding, and brings it to per faction.