A Handbook of Industrial Law 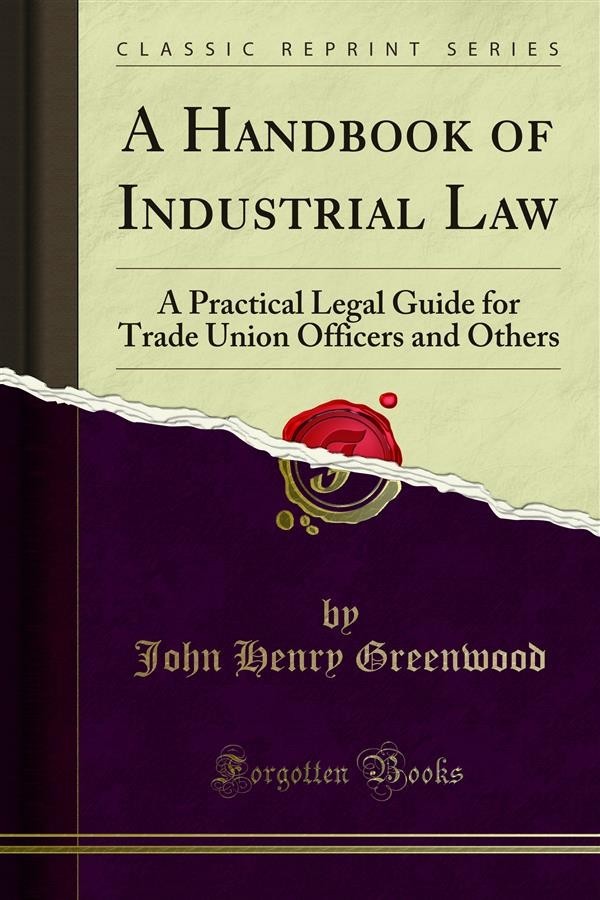 A Handbook of Industrial Law

The handbook is the outcome of a number of courses of lectures on Industrial Law delivered at Ruskin College, Oxford, during the last five years. At these lectures I have found that the legal relationships between trade unions and their members, and amongst the members themselves, cannot very well be understood without a knowledge Of the fundamental principles Of Contract Law. Nor can the law relating to industrial disputes be properly appreciated without some acquaintance with the Criminal Law and the Law of Torts. In Chapters I and II Of the handbook an attempt has been made to meet these requirements. It is hoped that the chapters on Securities and Invest ments, and on Trusts and Trustees, will be helpful not only to trustees of trade unions, friendly societies, and other similar bodies, but also to those members Of the general lay public who assume the honourable but sometimes thankless office Of trustee. The chapters on National Health and Unemployment Insurance, and on the Workmen's Compensation Act, deal with these matters from the general point of view, and are intended to serve as a guide to all who are concerned with the working Of these Acts. Every important provision Of the various National Insurance Acts is included, together with much additional information from the Official Regula tions and Circulars, and an attempt has been made, by means of abundant references, systematically to incorporate with the text the Regulations and Circulars themselves.