The Armenian Crisis in Turkey 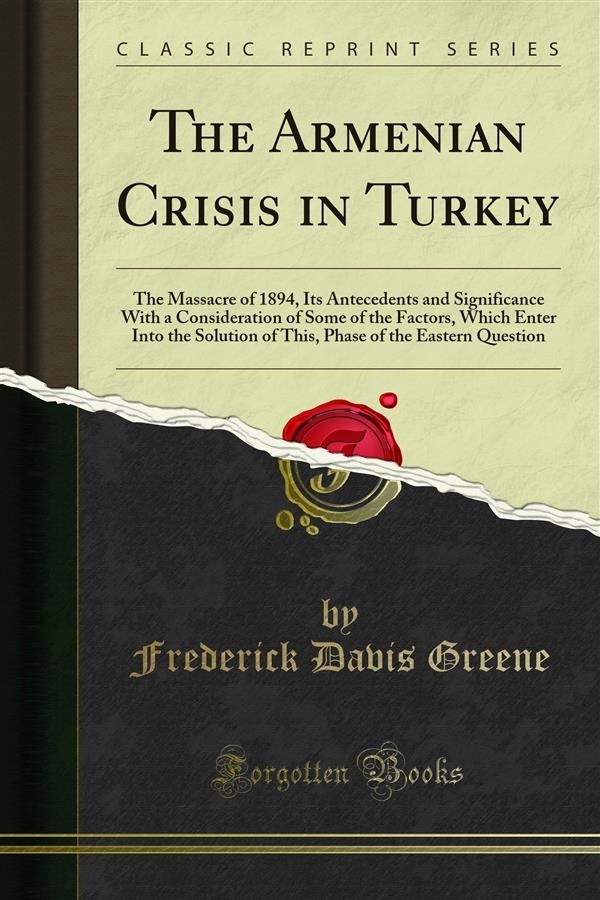 The Armenian Crisis in Turkey

This is an important book. It deals with a burning question, and in a way which will command public attention and public confidence.<br><br>The author is thoroughly equipped for his task. Birth, residence, and travel in Turkey have made him personally acquainted with the situation which he discusses, and the independence of his position enables him to write without restraint and without prejudice. After nearly four years of service as a missionary of the American Board in Van, the centre of Armenia, during which no criticism of his course was ever made either by the Board or by the Turkish Government, he was recently ordered by his physician to return to America. Having resigned his connection with the American Board, he writes as the representative of no society, religious or political, and is connected with none. In issuing this book he is simply discharging what to him is a personal and unavoidable obligation; and as he frankly avows its authorship, it will be impossible for. the Turkish Government to hold any one else responsible for it.