A Journal Written During an Excursion in Asia Minor, 1839 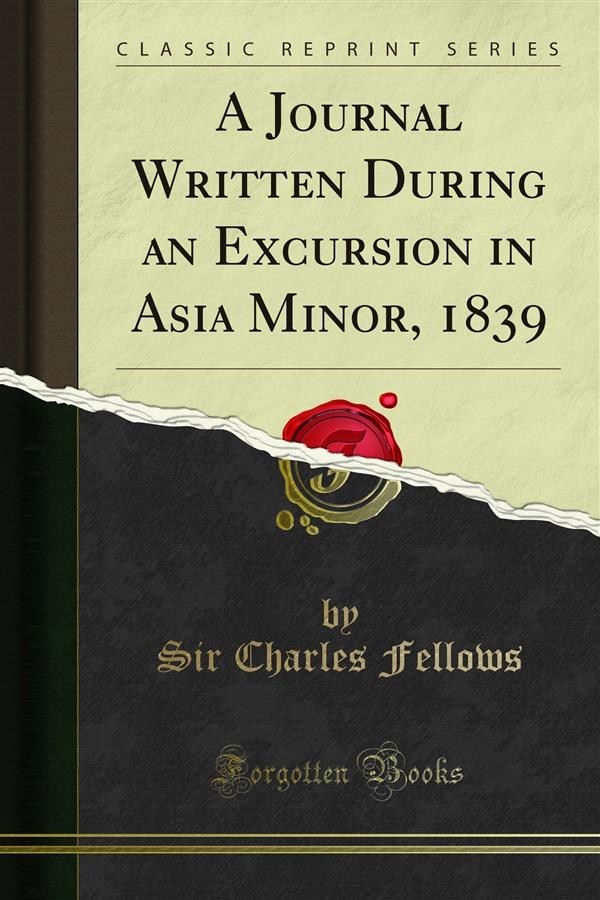 A Journal Written During an Excursion in Asia Minor, 1839

Since my return to England from the Tour in Asia Minor which forms the subject of the following Journal, I have been informed at the Royal Geographical Society that parts of my route which lay through the Interior and Southern district of the country, and led me to the remains of important ancient cities, had not before been traversed by any European; and it is on this account alone that I am induced to lay my Journal before the Public.<br><br>The country through which I travelled is that small portion of Asia Minor (now known by the name of Anadhouly,) which lies between lat. 42° and 36°, and long. 26° and 32°, including Lydia, Mysia, Bithynia, Phrygia, Pisidia, Pamphylia, Lycia, and Caria. My route is marked in the accompanying Map.