Wages in the United Kingdom in the Nineteenth Century 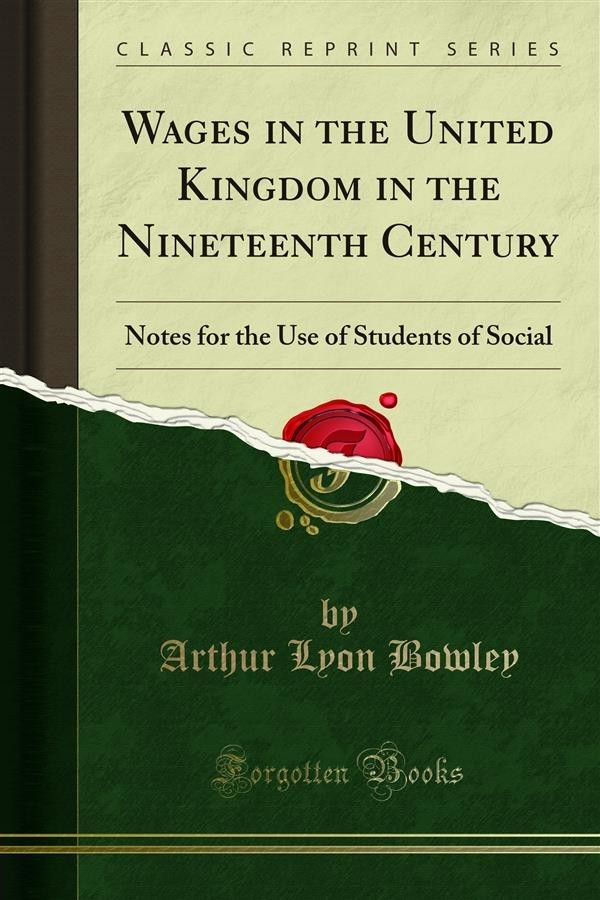 Wages in the United Kingdom in the Nineteenth Century

The following notes were originally prepared for the New-march Lectures at University College, London, in 1898; but since delivery they have been extended and entirely recast. Some apology is necessary for presenting this book in so unfinished a form, for in many cases it will be found that figures are left untabulated, and the means of solving a wage problem only suggested, when the solution itself might have been offered. My excuse is that the complete working up of the wage figures in any industry is an undertaking of considerable magnitude, which I am trying to carry out quarter by quarter in the Statistical Journal; and that, if I had waited till it was finished, many of the preliminary results, complete in themselves, would have been lost to those to whom they might be useful, and helpful criticism, which I trust may be evoked by these notes, lost to the author. It is hoped that in the course of no very long time it will be possible to extract from the wage records of the 19th century all that is essential, and to offer a more complete history of English wages.