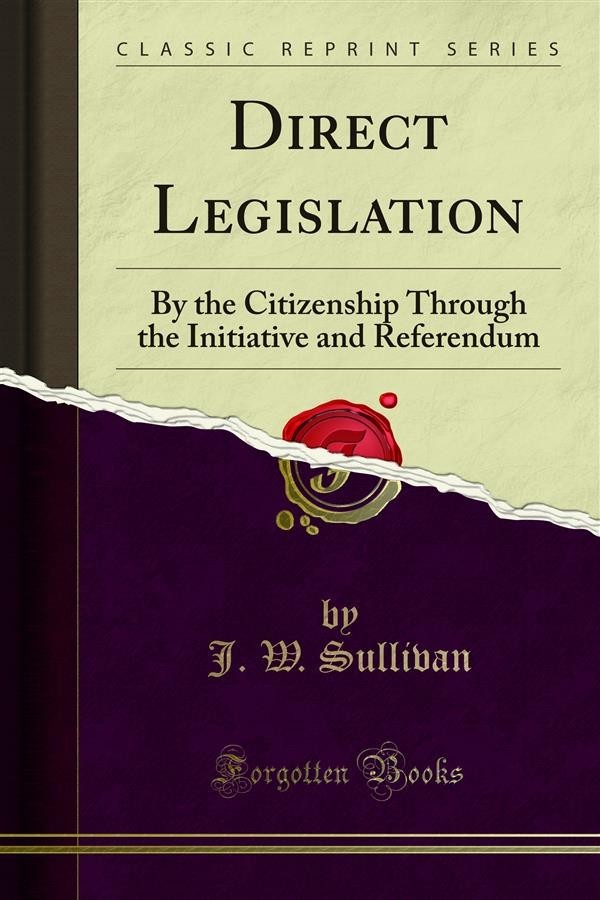 This is the second in a series of sociological works, each a small volume, I have in course of publication. The first, "A Concept of Political Justice," gave in outline the major positions which seem to me logically to accord in practical life with the political principle of equal freedom. In the present work, certain of the positions taken in the first are amplified. In each of the volumes to come, which will be issued as I find time to complete them, similar amplification in the case of other positions will be made. Naturally, the order of publication of the proposed works may be influenced by the general trend in the discussion of public questions.<br><br>The small-book plan I have adopted for several reasons. One is, that the writer who embodies his thought on any large subject in a single weighty volume commonly finds difficulty in selling the work or having it read; the price alone restricts its market, and the volume, by its very size, usually repels the ordinary reader. Another, that the radical world, which I especially address, is nowadays assailed with so much printed matter that in it big books have slight show of favor. Another, that the reader of any volume in the series subsequent to the first may on reference to the first ascertain the train of connection and entire scope of the thought I would present. And, finally, that such persons as have been won to the support of the principles taught may interest themselves, and perhaps others, in spreading knowledge of these principles, as developed in the successive works.<br><br>On the last-mentioned point, a word. Having during the past decade closely observed, and in some measure shared in, the (discussion of advanced sociological thought, I maintain with confidence the principles of equal freedom, not only in their essential truth, but in the leading applications I have made of them.