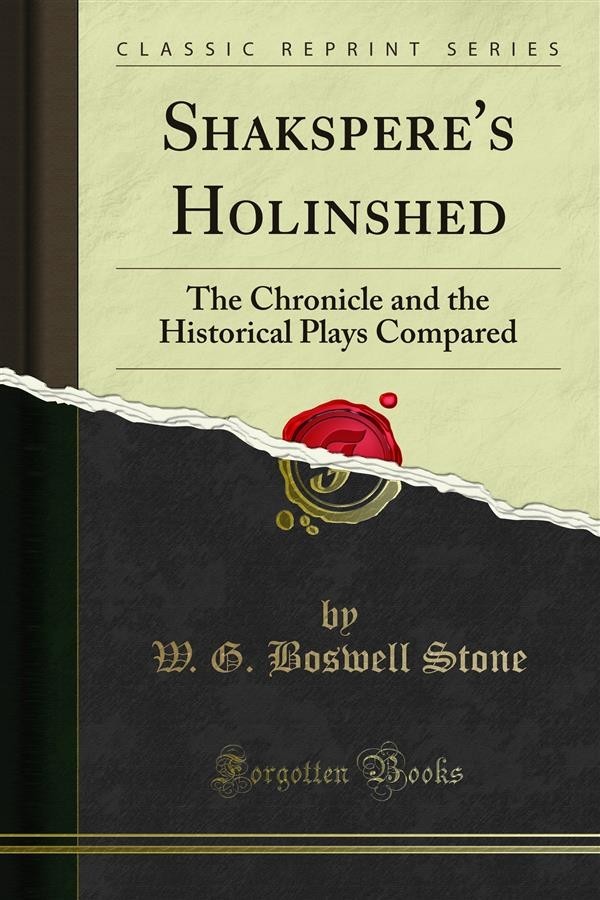 About the compiler of the chronicles whence most of the historical excerpts in this book have been taken, we know nothing save what his will reveals. He there described himself as "Raphael Hollynshed of Bromecote [Bramcott] in the County of Warr[wick]"; and bequeathed all his property to "Thomas Burdett of Bromecote aforesaid Esq.," whom he calls "my Master." The will was made on October 1, 1578, and proved on April 24, 1582.<br><br>The first edition of Holinshed's Chronicles appeared in 1577. John Hooker alias Vowell, Abraham Fleming, Francis Thynne, and others, produced a second edition, bringing down the English annals to January, 1587. In this second edition the text was altered or modernized, and many new passages were added.<br><br>The historical authority used for some of the plays (when other works were not consulted) was apparently the second edition of Holinshed. In the subjoined parallel columns certain different readings of the two editions are collated, and a few enlargements of the second edition are noted. The left-hand column's references indicate the pages of this book, where the later readings or fresh matter will be found. The right-hand column gives references to the plays which have readings identical with or like the readings presented by the text of the second edition, or which embody matter added to that edition.