The Adventures of Grillo 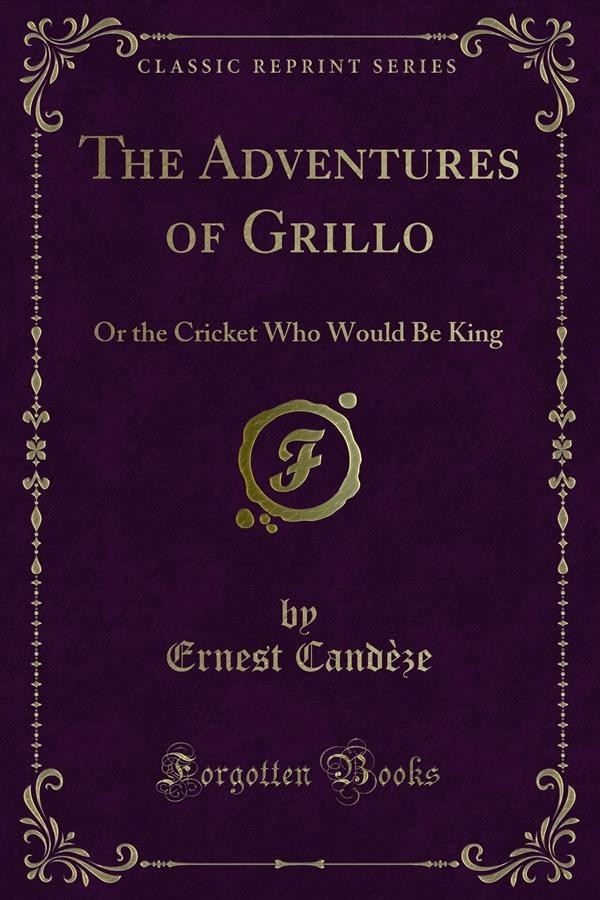 The Adventures of Grillo

Dr. Ernest Candèze (1827-1898) was a well-known entomologist, or student of insect life, a member of the Royal Academy of Belgium. He published various works on his subject, which prompted him to write the charming story of the insects which is here translated. "Lcs Aventures d'un Grillon," written in French, was published at Paris in 1877. The present version is based on an Italian translation ("Avventure d' un Grillo") which seemed especially amusing because of the pompous dignity of the language used by the hero.<br><br>The facts of insect life embodied in this story are all collated with the most exquisite accuracy. The book, as far as it goes, may be relied upon as a correct guide to observation; yet it is first, last, and always a story.<br><br>The translator has used popular names and terminology wherever these exist. A pronouncing vocabulary at the end contains the few words which might prove puzzling.<br><br>The illustrations are from those published originally in the Magazin d' Education et de Récréation, J. Hetzel, Paris.