Not With the Fist, Mexican-Americans in a Southwest City 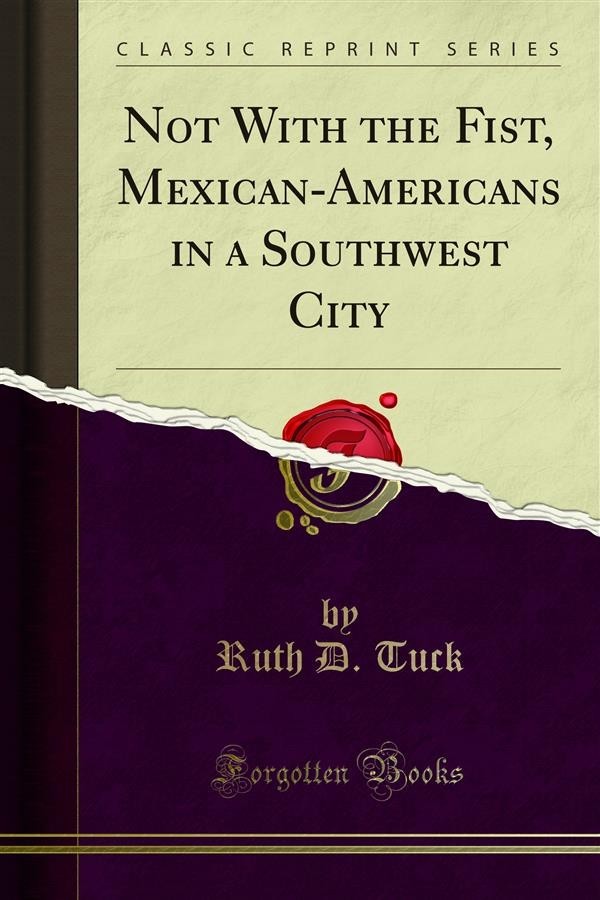 Not With the Fist, Mexican-Americans in a Southwest City

Over two years ago, Los Angeles, the city with the second largest Mexican population in the world, had a Roman holiday of lawless disorder. During the days of June 5, 6, and 7, 1943, the United Slates, the champion abroad of decency, could blush and hang its head at home. Fanned by press and radio propaganda, given the nod by city and county police, servicemen hunted down Mexican "zoot suiters" with the terrible quixotism of the mob. Un-neighborliness between Americans of Anglo and Americans of Hispanic descent mounted. The smoke signals were up.<br><br>Alarmed city, state, and federal authorities moved to douse the conflagration. Responsible national periodicals castigated Los Angeles. Notes were exchanged between the Mexican Embassy and the State Department, but it was revealed that those hurt and abused were not Mexican citizens, but American-born of Mexican descent. It was not a "Mexican" problem. It was an American one.<br><br>Today, the average citizen of this country remembers, concerning mexican-Americans, only that there was a riot and that much had been said about "zoot suiters." But in Los Angeles and the Southwest, the dominant groups, in the pangs of a hangover from the Roman holiday, found themselves the possessors of a belated discovery: Mexican-Americans had worth.<br><br>There were 225,000 of them in the armed forces. One out of every two heads of households had left their homes - to fight, to farm, to work to build ships and planes, and to die. The lists of citations with Hispanic names ran long in big city dailies and little country weeklies alike. Every community found it had these little Americans of worth. It found them living on the other side of the tracks, "ill-housed, ill-fed, ill-clothed."<br><br>In Los Angeles, out of the guilt of the dominant group, arose a fadism for the Mexican-American.