An Appeal to Matter of Fact and Common Sense, or a Rational Demonstration of Man's Corrupt and Lost Estate 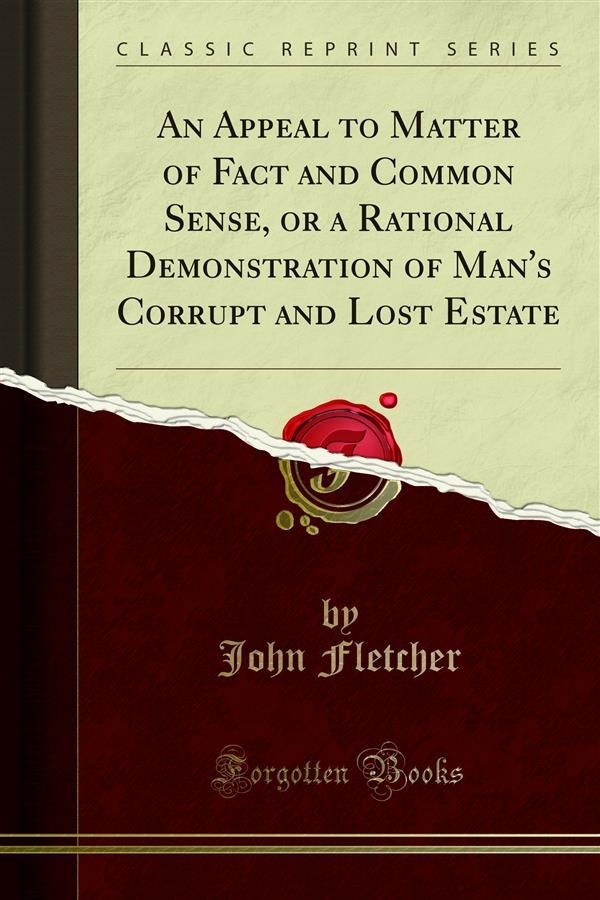 An Appeal to Matter of Fact and Common Sense, or a Rational Demonstration of Man's Corrupt and Lost Estate

In religious matters we easily run into extremes. Nothing is more common than to see people embracing one error, under the plausible pretence of avoiding another.<br><br>Many, through fear of infidelity, during the night of ignorance and storm of passion, run against the wild rocks of superstition, and enthusiasm: and frequently do it with such force, that they make shipwreck of the faith, and have little of godliness left, except a few broken pieces of its form.<br><br>Numbers, to shun that fatal error, steer quite a contrary course: supposing themselves guided by the compass of reason, when they only follow that of prejudice, with equal violence they dash their speculative brains against the opposite rocks of deism and profaneness; and fondly congratulate themselves on escaping the shelves of fanaticism, whilst the leaky bark of their hopes is ready to sink, and that of their morals is perhaps sunk already. Thus, both equally over look sober, rational, heart-felt piety, that lies between those wide and dangerous extremes.