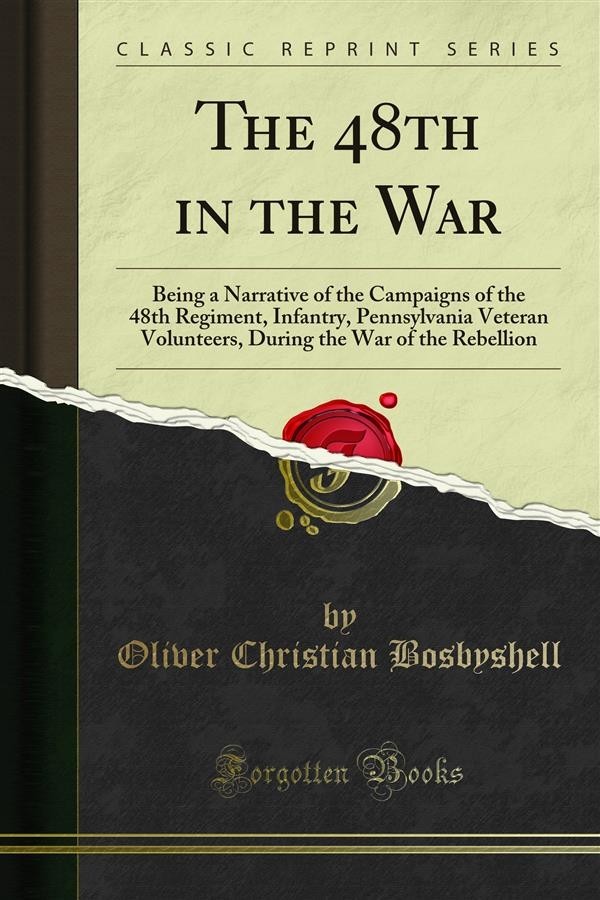 What is more interesting to the old soldier than a rehash of former campaigns - a calling up of old camping grounds, and lingering along the trails made in the marchings and meanderings of the years of the war, with the scenes and incidents attendant thereon?<br><br>An attempt is made in this book to sketch the doings of the Forty-eighth Regiment, Pennsylvania Veteran Volunteers, Infantry, not with rule and compass, but as they happened under the notice of my own eyes. That it is not all it ought to be, I fully know; that it may seem somewhat tinged with partiality may likewise be so, but remember, it is the way in which it came under my own observation; it is not compiled from official data, or the say-so of others; it is simply as I saw it and as my ideas clothed it. Several comrades have helped in certain parts of the work, particularly in the campaign from the Wilderness to Petersburg. I am especially grateful to the lamented General Pleasants, who furnished invaluable data of the campaign named and the Petersburg Mine. Captain Francis D. Koch, of Company I, and Private Robert A. Reid, of Company G, have been particularly kind in aiding me.<br><br>A tender chord of comradeship resounds in my heart, whenever any who marched in the ranks of the Forty-eighth are named. For them, to keep alive some of their deeds, I have written what follows.