Industrial Organization in the Sixteenth and Seventeenth Centuries 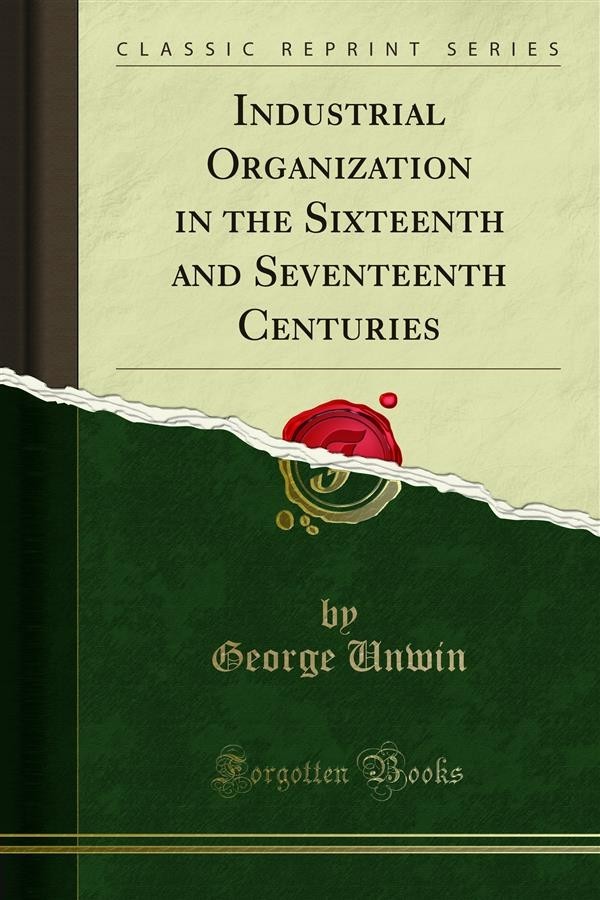 Industrial Organization in the Sixteenth and Seventeenth Centuries

This book has grown up out of a piece of research which I planned as a student of Berlin in 1898, and commenced to carry out as a student of the London School of Economics in the following year. An article published in the Economic Journal for September 1900, under the title * A Seventeenth-Century Trade Union,' which was the first outcome of this investigation, has, with the kind permission of the editors, been reproduced almost in full in Section 4 of Chapter VIII.<br><br>Setting out with the detailed examination of the records of a single London company, I was gradually led to include within the scope of my inquiry, first, the other industrial companies of London, then the similar organizations in other English centres of industry, and finally the parallel development in continental cities, and especially at Paris. In this way I came to entertain the idea of doing something, however tentative, to bridge over the gap which appeared to exist in industrial history between mediaeval England and the England of the eighteenth century.<br><br>The chapters on mediaeval industrial organization in Professor Ashley's Introduction to Economic History and Theory on the one hand, and on the other hand the History of Trade Unionism and Industrial Democracy of Mr. and Mrs. Webb, have supplied me not only with a starting-point, but with an invaluable and constantly renewed stimulus. I should not, however, have ventured to undertake the task, if it had not been for the inspiration and the guidance derived from the lectures and writings of Professor Gustav Schmoller of Berlin, and if I had not been able to avail myself very largely of the researches in German economic history of the school which Professor Schmoller may be said to have founded.