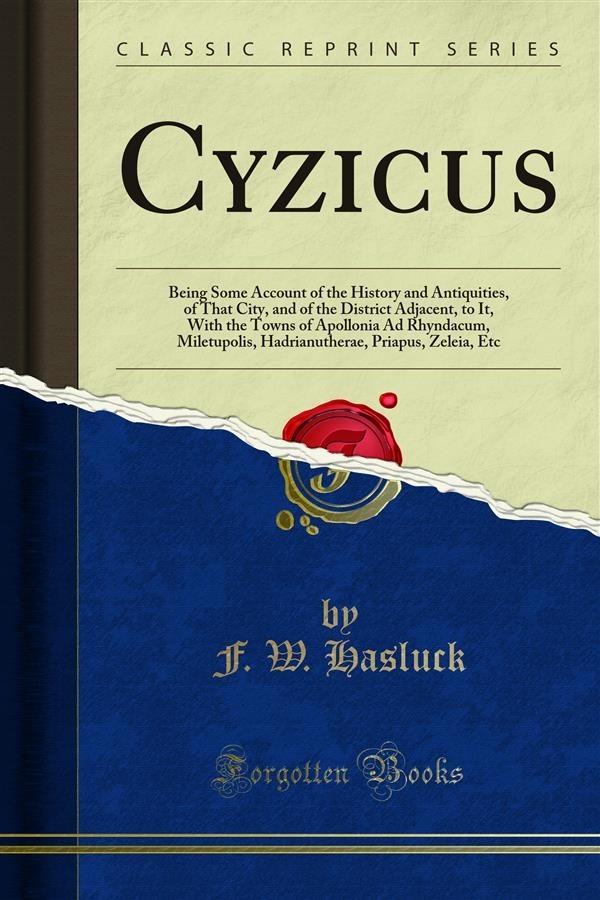 This book lays little claim to be considered as more than a compilation, checked where It is an attempt to bring together the very various authorities on the district of Asia Minor with which it deals, and to digest the mass of available information into a convenient form. The district, crossed and re-crossed by numerous travellers, is comparatively well known, and consequently affords greater opportunity than most parts of Asia Minor for a treatise which may serve as a more or less permanent basis for future workers. At the same time new discoveries - and the output of inscriptions seems inexhaustible - may at any moment refute (or less probably justify) the conclusions here put forward as hypotheses.<br><br>Hitherto no excavation worthy of the name has been undertaken on the site of Cyzicus. Private plundering was rife in Cyriac's time and has continued to our own day. Some attempt at more serious investigation seems to have been made about 1844 by Lord Eastnor, who, according to MacFarlane, "spent a considerable time at Cyzicus and made some excavations, but unfortunately his notes and drawings have been lost or destroyed through the foundering of the vessel in which they were embarked."