The Letters of Harry Peyton Steger 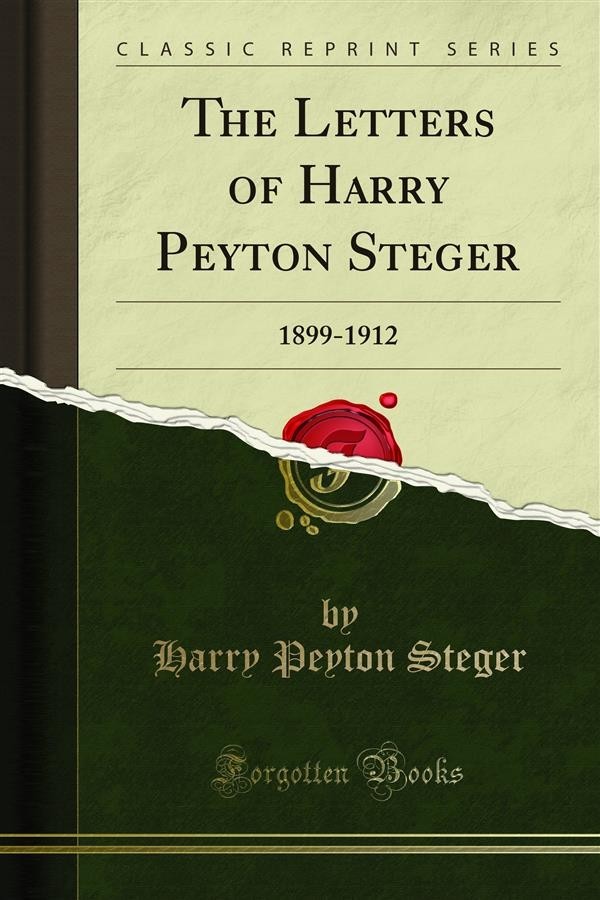 The Letters of Harry Peyton Steger

Harry Peyton Steger in 1904; age 22 years, at the time he left the University of Texas to enter Johns Hopkins; Kindergarten days; The high school boy; Steger's "Dead Soldiers"; A freshman at the University of Texas; A senior at the University of Texas; His home at Bonham, Texas; Steger's home at Freeport, Long Island; A letter to Bedichek; With a friend and son; Steger and Bender on top of the Bismarck tower, one of the Rhine lookout stations; Steger, Alexander Cowie, and another friend at Carlsbad; Steger playing tennis at Queen's Club Gardens, London; Steger's room at Oxford; Steger as literary adviser for Doubleday, Page & Co., 1910; A snapshot in 1910; In the court of the Garden City plant of Doubleday, Page & Co.; A part of a letter from O. Henry to Steger, outlining a novel he planned to write (three pages); Steger's last message home