The Adventures of Owen Evans, Esq. 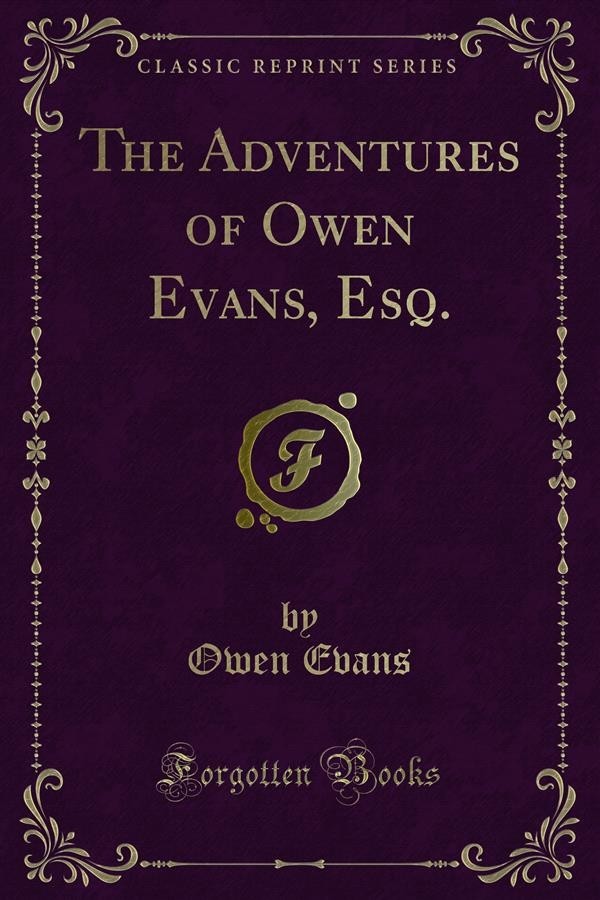 The Adventures of Owen Evans, Esq.

Indeed, I might have asked our new preacher (whom precious Mr. Wesley hath left among us, to our no small contentation) to hold the pen: but, in fine, I trouble thee not with the divers reasons that have made me tarry till this day to answer thine. It pleasureth me that thou didst take in good part the admonitions I felt myself bounden to write to thee before, on thy return to England, when thou didst inform me of thy most sad deflexion from the protestant faith. It doth even now seem a mystery to my poor understanding, (but we are all frail creatures, and prone to lean on ourselves,) that after thy careful bringing up thou shouldst forsake the way of thy fathers, and remove the antient landmarks which they have set. And, for the priest, of whom thou writest, more like a romancer than a reasonable man, me thinks he might have attended to his own concerns, or to the Spanish bodies that came in the ship, who, being born papists, were not to be rescued from their darkness; except Mr. Wesley had fallen in with them on his mission to Georgia, which it seems that precious man never did. That priest might have let my nephew be, to follow the religion of all the Evanses, from father to son; not to speak of his mother's blood of the Perkinses, who derive from the Watkinses, and they from the Griffiths, and they from Owen Glendower, and so up to Evan Dhu, grandson of Cassibalaun, nephew to King Lud, as thou knowest well; for I have told thee nigh an hundred times. Notwithstanding, I harbour no malice against the man; but will only wish he may have gone down quietly to the bottom of the deep sea in that open boat thou didst write of, as a judgment on his doings to my poor boy.