The Peace of Utrecht 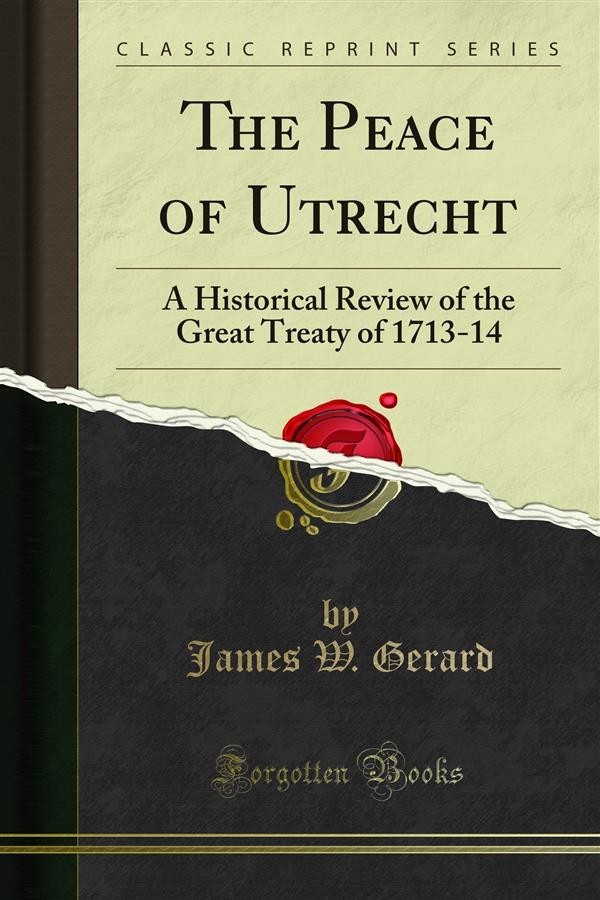 The Peace of Utrecht

No period of modern history, with the exception of that which comprehends the sway of Buonaparte, is more marked by momentous international events and changes than that which closed with the reigns of Queen Anne and Louis XIV.<br><br>The Peace of Utrecht was the political culmination of that period.<br><br>All the leading occurrences in Western Europe, for the prior fifty years, had a bearing and influence upon the terms of that great pacification.<br><br>The personages who moved upon the historic stage of the time, were such as to give it marked dramatic effect and interest.<br><br>Louis XIV. and his great generals, Villars, Boufflers, Venddme, Catinat and Vauban - Charles II., the last of the Hapsburg Monarchs of Spain - the two contestants for the Spanish crown, Philip of Anjou and the Archduke Charles - the great statesmen prominent in the Treaty, Heinsius, Bolingbroke, Oxford and De Torcy - the three Emperors - the warlike German Electors - the politic and ambitious Duke of Savoy - the heroic William III. - the placid Queen Anne - the exiled tyrant, James - the unfortunate Pretender - the great leaders of the Allies, Marlborough and Eugene - and lastly, the political intrigantes, the Duchess of Marlborough, Madame de Maintenon and, the Princess des Ursins - all of whom had, directly or remotely, a part in the contention over the Spanish Succession, or in the establishment of the Peace concluding it.