Why We Are at War

Members of the Oxford Faculty of Modern History 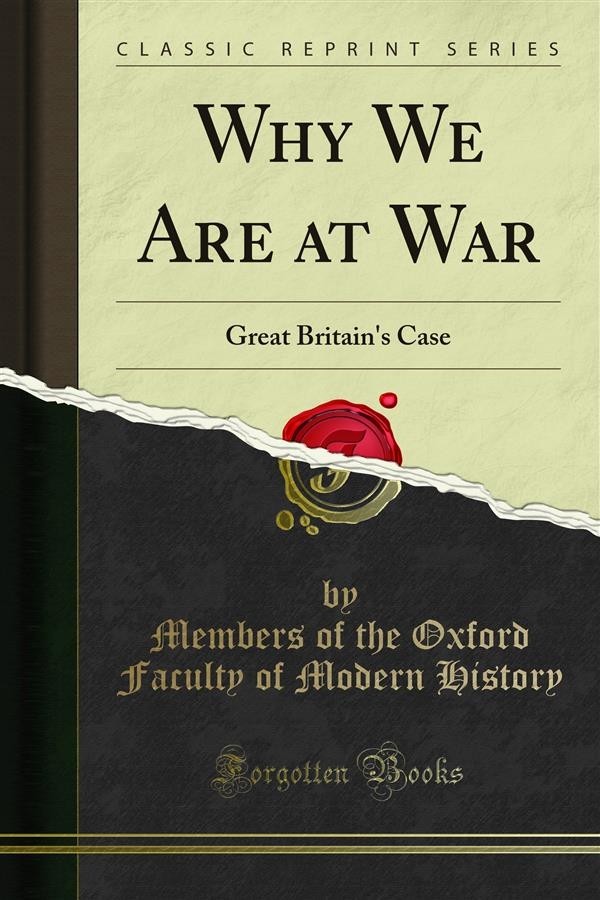 Why We Are at War

Members of the Oxford Faculty of Modern History

We are not politicians, and we belong to different schools of political thought. We have written this book to set forth the causes of the present war, and the principles which we believe to be at stake. We have some experience in the handling of historic evidence, and we have endeavoured to treat this subject historically. Our fifth chapter, which to many readers will be the most interesting, is founded upon first-hand evidence - the documents contained in the British White Book (Parliamentary Paper, Cd. 7467; hereafter cited as Correspondence respecting the European Crisis), and the German White Book, which is an official apology, supplemented by documents. The German White Book, as being difficult of access, we have printed in extenso. It exists in two versions, a German and an English, both published for the German Government. We have reproduced the English version without correcting the solecisms of spelling and expression. From the English White Book we have reprinted, in the second appendix, a small selection of the more significant documents; many more are quoted in the body of our work.