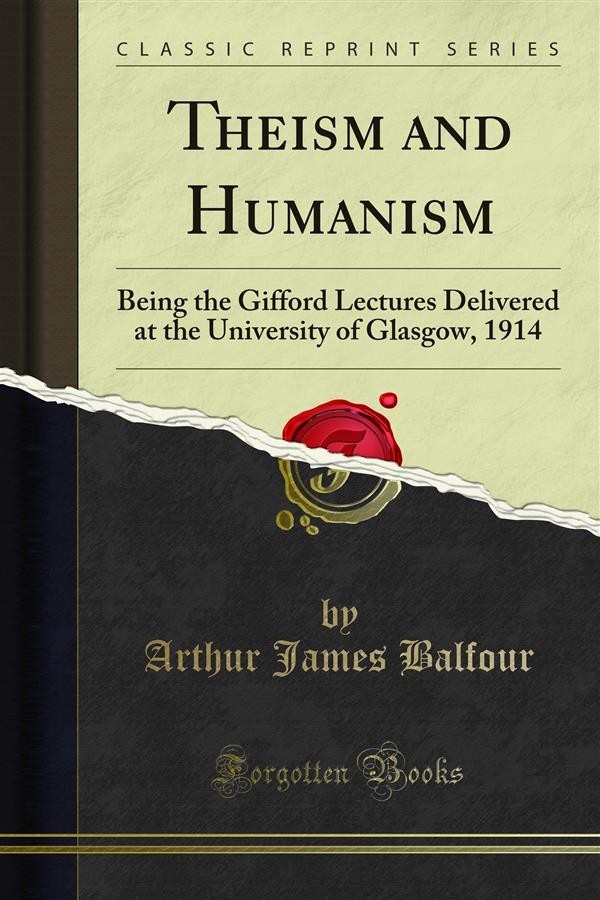 This volume contains the substance of the Gifford Lectures delivered at the University of Glasgow in January and February, 1914. I say the substance of the lectures, lest any of those who formed part of my most kindly audience should expect a verbal reproduction of what they then heard. No such reproduction would have been either expedient or possible. The lectures were not read: they were spoken (with the aid of brief notes) in such terms as suggested themselves at the moment; and their duration was rigidly fixed, to suit my academic audience, so as just to occupy the customary hour. Although, therefore, they were largely (though not wholly) based upon written drafts, none of the language, and not all the ideas and illustrations contained in the original could be reproduced in the spoken lectures, nor did everything in the spoken lectures represent passages in the written originals.