The Metaphysical Theory of the State 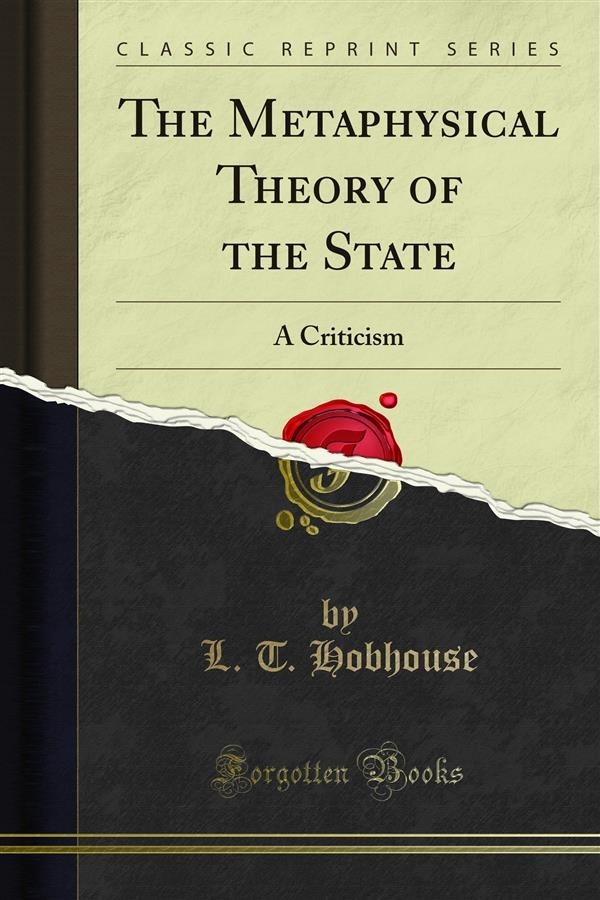 The Metaphysical Theory of the State

Presently three white specks could be seen dimly through the light haze overhead, and we watched their course from the field. The raid was soon over. The three specks drifted away towards the east, the gunfire died down, the whining faded away, and below the hill the great city picked up its dead. The familiar sounds resumed their sway, the small birds chirruped from the shrubs, and the distant murmur of the traffic told of a world going steadily on its accustomed course.<br><br>As I went back to my Hegel my first mood was one of self-satire. Was this a time for theorizing or destroying theories, when the world was tumbling about our ears? My second thoughts ran otherwise. To each man the tools and weapons that he can best use. In the bombing of London I had just witnessed the visible and tangible outcome of a false and wicked doctrine, the foundations of which lay, as I believe, in the book before me. To combat this doctrine effectively is to take such part in the fight as the physical disabilities of middle age allow. Hegel himself carried the proof-sheets of his first work to the printer through streets crowded with fugitives from the field of Jena. With that work began the most penetrating and subtle of all the intellectual influences which have sapped the rational humanitarianism of the eighteenth and nineteenth centuries, and in the Hegelian theory of the god-state all that I had witnessed lay implicit. You may meet his Gothas in mid air, and may the full power of a just cause be with you. I must be content with more pedestrian methods. But "to make the world a safe place for democracy," the weapons of the spirit are as necessary as those of the flesh.