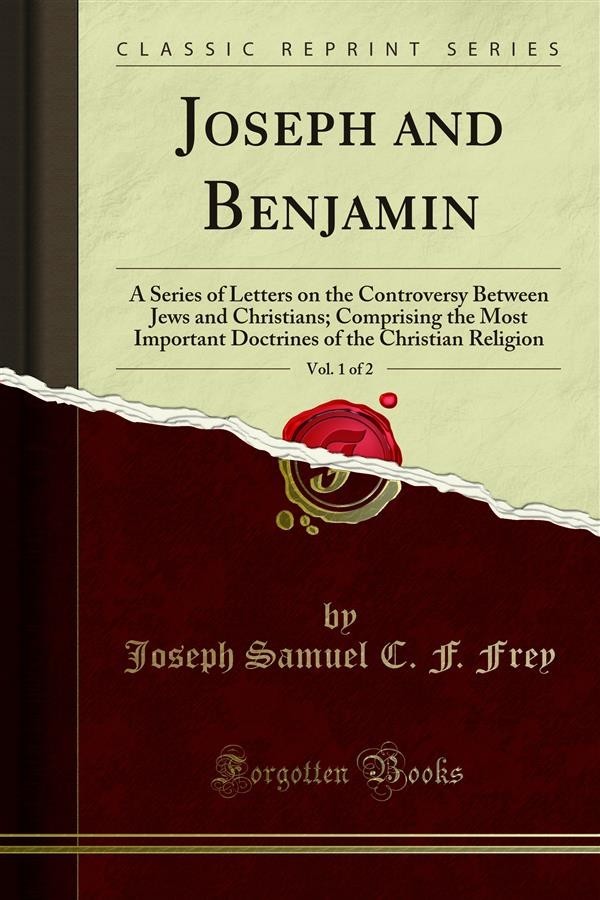 "Judah And Israel" is a handsome volume of 310 pages, price 75 cents. After a brief preface, come, 1st. A narrative of the Authors Life for the last sixty-eight years: 2d. The duty of Christians to seek the Salvation of the Jews; 3d. Objections Answered; and 4th. The Restoration and Conversion of the Jews.<br><br>The first part of this volume has interested us so deeply, as to occupy too large a portion of the time that ought to be devoted to the whole. The narrative of our esteemed brother furnishes another proof, if proof were wanting, of the ability of an individual to effect much, when he gives his heart and soul to the accomplishment of a great work.<br><br>The second part, especially that which relates to the signs of the times, affords much information that concerns the general reader, while it furnishes to the Christian the strongest encouragement to hope, to pray, and to exert himself for the spiritual benefit of the people, "of whom, as concerning the flesh, Christ came."<br><br>The third and the fourth parts contain much sound reasoning, with a large amount of passages cited from Scripture, and from the works of eminent Christians, bearing testimony to the views of the author. We most cordially recommend the book to the attentive perusal of our friends, who will not be disappointed if they purchase it with the expectation of finding in it great entertainment, combined with solid instruction and spiritual edification. With the merits of "Joseph and Benjamin" a large portion of the Christian world is already acquainted. Besides the numerous copies circulated in this country and Great Britain, it has been translated into German, and five thousand copies were issued in the first edition. Although the primary purpose of the work is to convince the natural seed of Abraham that Jesus is the Christ, the Son of the living God, its usefulness is by no means confined to this sphere. It embodies so much of sound, theological truth, expressed in a perspicuous, practical style, that its perusal cannot fail to benefit the advanced Christian, while with the convert it must greatly promote firm edification in the doctrines of the faith once delivered to the saints. The word "controversy" appears in the title, but this must not be regarded as at all intimating that character of style which is by many supposed to be essential to argumentation between opponents.