The First Publishers of Truth 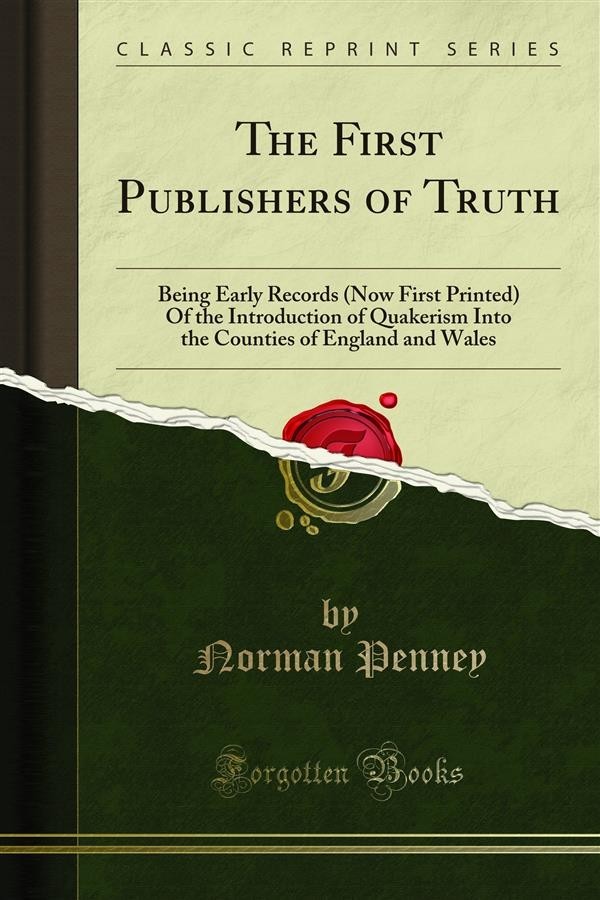 The First Publishers of Truth

It will certainly be generally admitted that, by the publication of the following papers, the Friends' Historical Society is doing good service to the cause of historical research, chiefly, but by no means exclusively, in connection with the Society of Friends.<br><br>It will perhaps excite some surprise that these records, which were collected two centuries ago, should have slumbered so long in manuscript form, in the silent strong rooms of Devonshire House. Of course the eighteenth century was a time when a somewhat different view was taken of the historian's duty from that which is now prevalent, nor was the publication of mere materials for history in a non-literary form then so frequent a practice as, thanks to the labours of the Record Office and of many archæological societies, it has since become. Were the ruling spirits of the Society of Friends in 1720 waiting the uprising of some well-educated Quaker, like Thomas Ellwood, or William Sewel, to whom they might entrust these precious manuscripts, that he might reduce them into literary form? If so, it is perhaps well for us that the able editor did not appear; for the original documents after they had passed through his hands would probably have disappeared, whereas we have them now, not complete, alas - far from it, dust and decay have made great gaps in the series - but still in their original shape, untampered with by any editor, representing the very "form and pressure of the times" in which they were composed.