The Trial of Hawley Harvey Crippen 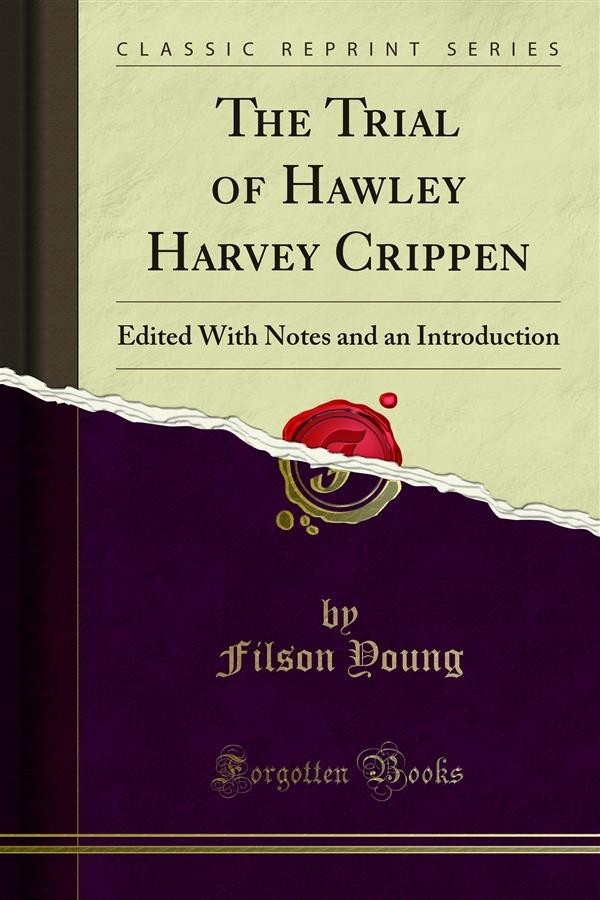 The Trial of Hawley Harvey Crippen

In the year 1900 there came to London an entirely unremarkable little man, describing himself as an American doctor, to find some place in that large industry that lies on the borderland between genuine healing and the commercial exploitation of the modern human passion for swallowing medicine. This was Dr. Hawley Harvey Crippen, a native of Goldwater, Michigan, where he had been born in the year 1862, his father being a dry goods merchant of that place. It was not his first visit to England; he had previously been here in the year 1883, when at the age of twenty-one he had come to pick up some medical training. His education had followed the ordinary course of studies for the medical profession in America. After receiving a general education at the California University, Michigan, he proceeded to the Hospital College of Cleveland, Ohio. After a little desul tory attendance at various London hospitals in 1883, Dr. Crippen had returned to New York, where in 1885 he took a diploma as an ear and eye specialist at the Ophthalmic Hospital there. He afterwards practised at Detroit for two years, at Santiago for two years, at Salt Lake City, at New York, St. Louis, Philadelphia, and Toronto. These movements co'vered twelve years, from 1885 to 1896. In 1887 he had married at Santiago his first wife, Charlotte Bell; the following year was born a son, Otto Hawley Crippen, who at the time of the trial was living at Los Angeles. In the year 1890 or 1891 his wife died at Salt Lake City; and from there he returned to New York, where two years later he made the acquaintance of a girl of seventeen, whom he knew as Cora Turner. He fell in love with her, and although at the time he met her she was living as the mistress of another man, he married her and took her with him to St. Louis, where he had an appointment as consulting physician to an optician. He had found out that his wife's real name had not been Cora Turner at all, but Kunigunde Mackamotzki, and that her father was a Russian Pole and her mother a German.