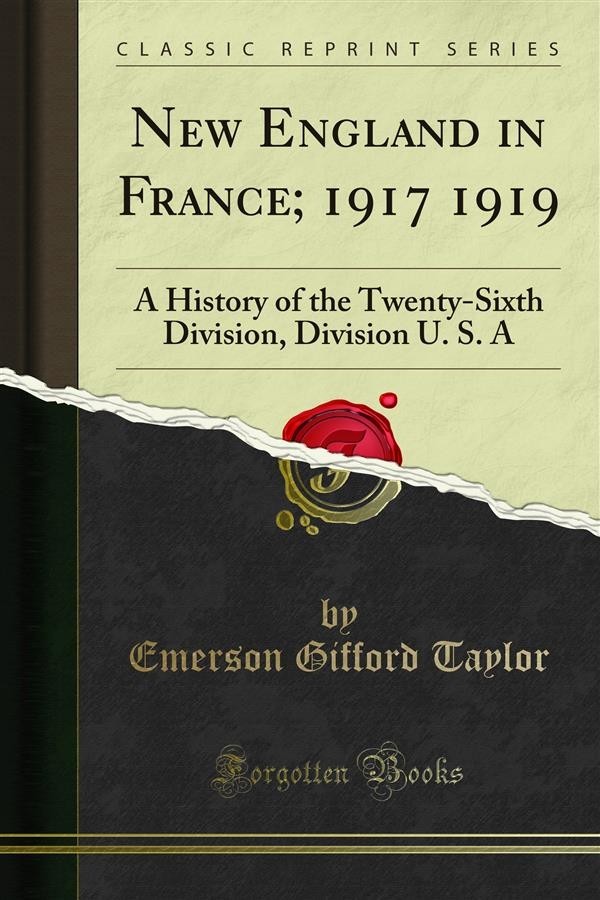 Any account of an American combat division participating in the late European war, written while the color of its life under fire is yet undimmed, inevitably must incur the danger of lapsing into mere reminiscence. One who has shared the life of a body of fighting troops in the field is like to record concerning it matters which are less the facts of history than the bases of the writer's own enthusiasm or prejudice.<br><br>But there is vitality in a tale of events, the echoes of which are still sounding. There exists a certain value, for the historian of a later generation, in the fresh recollections and impressions of the men who played an active part in those events. And so, if only for these reasons, it may not be amiss to set down, at this time, the annals of such a division of the American Expeditionary Force as the Twenty-Sixth, which fought in France throughout the entire period of American participation in the World War, in 1918.<br><br>For the record of the Twenty-Sixth is particularly interesting. The circumstances of its organization, its personnel, its record as a fighting unit, arc all singularly rich as reflecting not only national and sectional characteristics, but also the typical traits of American fighting troops in the field, on the march, in billets, or in the heat of battle.