Commentary to the Germanic Laws and Mediaeval Documents 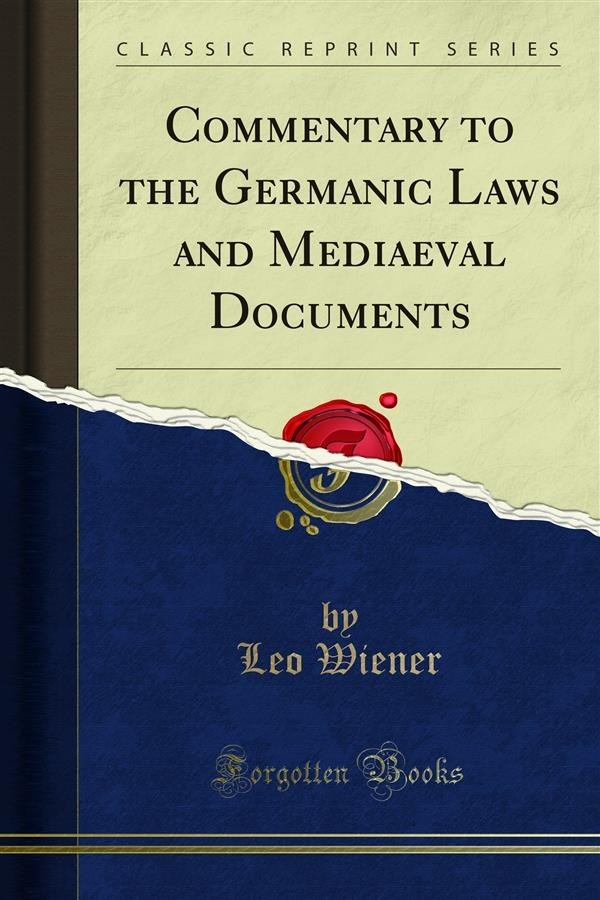 Commentary to the Germanic Laws and Mediaeval Documents

Several years ago the study of the private and public documents of the Middle Ages, which I consulted for the etymology of difficult words, revealed to me a strange fact: the vast majority of words treated by the Germanic, Romance, and Slavic philologists had been studied with an utter disregard of documentary evidence. At every turn the facts belied the scientific deductions. Neither chronology nor phonetics were approximately correct in any given case. The starred forms never corresponded to the real variants in the earliest recorded documents. The semantic history of the words was not even attempted, or, if it was, it rarely hit upon the attested evolution of the meaning.<br><br>Puzzled by this obvious discrepancy, I passed more than five years in analyzing and excerpting all the accessible documents, to the number of 250,000 or more, from the earliest times of the Roman Empire to the year 1300. When I finally arranged my material, and, in the light of the facts thus discovered studied the Germanic laws and everything that had been written on the subject, I was shocked to find that hardly a historical fact, hardly a law, had been ascertained in connection with the morphological and semantic development of intrinsic words. If the historian had to deal with a difficult word, he consulted the etymological dictionaries, and if the etymologist needed a historic fact in order to explain the meaning of a word, he consulted a historian. Thus there was created a vicious circle which produced Germanic, Romance, and Slavic philology.<br><br>It was clear that the whole science of modem philology needed revision.