War Reminiscences by the Surgeon of Mosby's Command 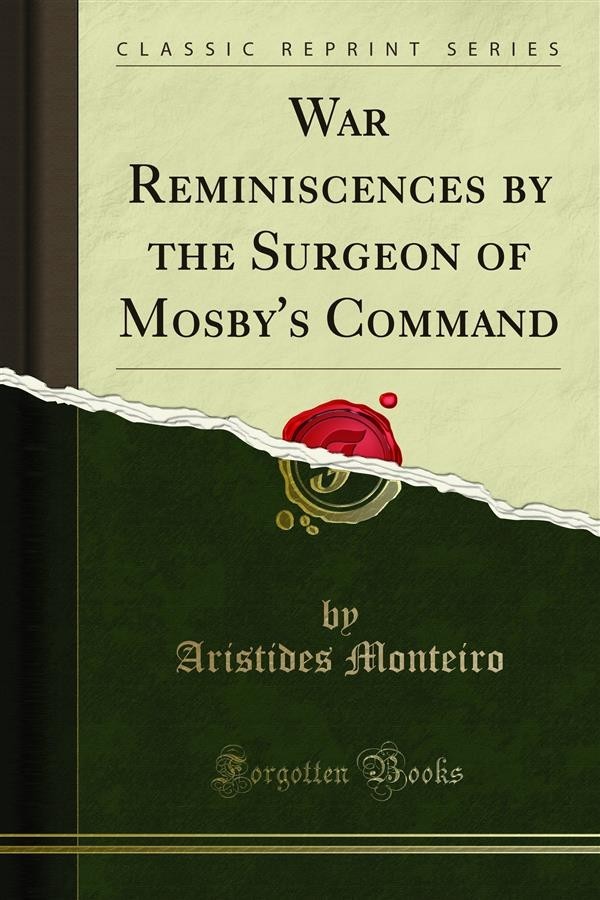 War Reminiscences by the Surgeon of Mosby's Command

These papers were written more than a dozen years after the last eight thousand Confederate muskets had been stacked at Appomattox. It was only at the request of esteemed army comrades, whose memory seemed to linger yet, with the cold ashes of long extinguished camp-fires, that they were written at all. These thoughts were transmitted to paper under the pressure of extraordinary and exacting professional labors. The opinions and sentiments expressed, are the shadows and reflections, of uncommon events and startling scenes. Many years afterwards, an accomplished physician and an estimable gentleman, Dr. J. B. Brewster, of Plymouth, Massachusetts, read these papers. He advised and recommended their publication. Whilst in his possession for examination, he submitted them to a severe test of merit. They were placed in the hands of the Rev. Frederick N. Knapp, of Plymouth. This distinguished scholar, philanthropist, and patriot, was a warm personal friend of the illustrious General Grant and the lamented Lincoln. He had held a high position on the National Sanitary Commission during the war. It would not be reasonable to anticipate for the literary labors of a partisan Major of medicine, a very flattering criticism from such an exalted source.<br><br>This excellent man, noted alike for high literary attainments, pure patriotism, and exalted Christian virtues, generously tendered his valuable services "to review these papers for the press." He was suddenly removed by death, and called to his reward before he completed his task. His valuable suggestions, however, have been carefully observed. Many "passages which might have given pain or annoyance" have been omitted.<br><br>The following criticism from this distinguished son of Massachusetts needs no extended explanation:<br><br>"Plymouth, Mass., July 16. 1888.<br><br>"My Dear Doctor - I have looked over with care "The Reminiscences of the War by the Surgeon of Mosby's Command."