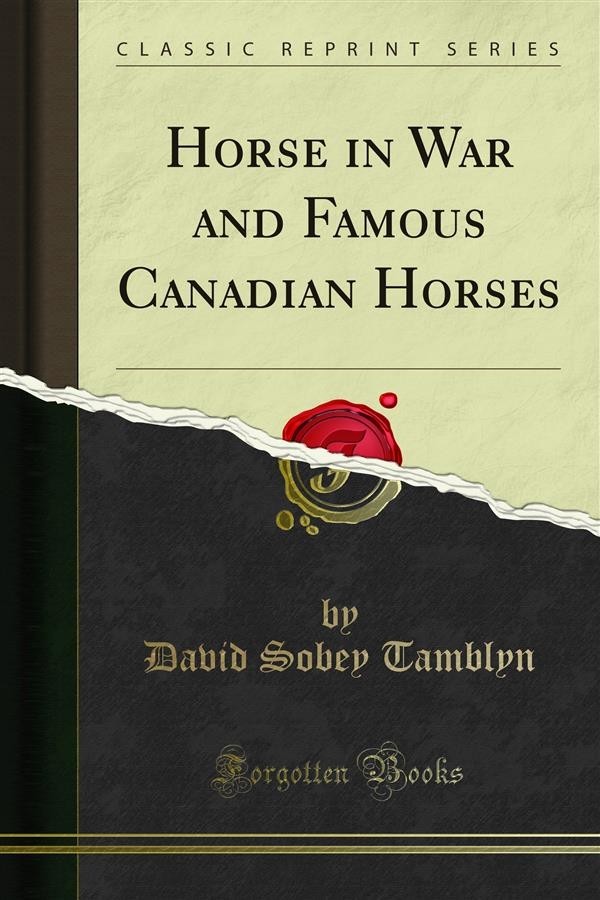 In this book it is intended to depict to the reader, with as few words as possible, the part played by the horse in the Great War, and this I trust has been accomplished with the aid of the illustrations contained therein. The intention is to place any profits derived from the sale of this book into the hands of the Kiwanis Club - for use in connection with their work of the under-privileged child - and the Society for the Prevention of Cruelty to Animals in their work of assisting those who cannot speak for themselves.<br><br>My many thanks are extended to General Sir Arthur Currie for his foreword and appreciation.<br><br>Mr. H. G. Waites, of Toronto, the noted animal artist, for his assistance in reproducing the majority of the famous Canadian horses which have added greatly to the attraction of the book.<br><br>I am also grateful to the R. S. P. C. A., London, England, for permission to reproduce a number of their pictures. To the publishers of the Tatler and Sphere of London, England, for their kind permission to reproduce the picture entitled "Good Bye, Old Ma"; they own the copyright, and are prepared to supply photogravure and coloured copies.<br><br>To the "Cavalry Journal" for their kind permission to reproduce the picture entitled "Lance versus Lance."<br><br>To Messrs. Tugwell and Company, of Toronto, for a number of Canadian Official Photographs.