Annals and Antiquities of Rajasthan 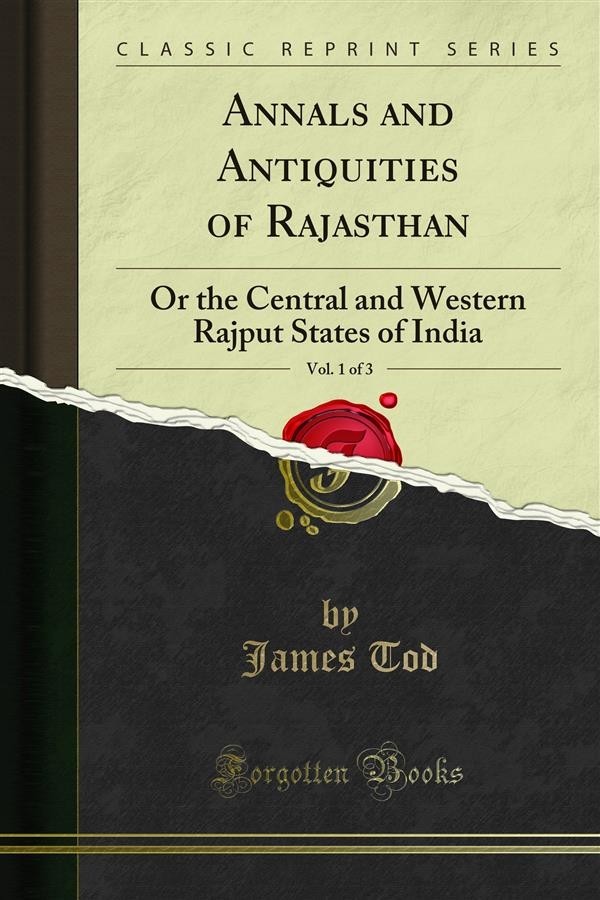 Annals and Antiquities of Rajasthan

Sire,<br><br>Your Majesty has graciously sanctioned the presentation of the Second Volume of the Annals of Rajputana to the Public under the auspices of Your Majesty's name.<br><br>In completing this work, it has been my endeavour to draw a faithful picture of States, the ruling principle of which is the paternity of the Sovereign. That this patriarchal form is the best suited to the genius of the people may be presumed from its durability, which war, famine, and anarchy have failed to destroy. The throne has always been the watchword and rallying-point of the Rajputs. My prayer is, that it may continue so, and that neither the love of conquest, nor false views of policy, may tempt us to subvert the independence of these States, some of which have braved the storms of more than ten centuries.<br><br>It will not, I trust, be deemed presumptuous in the Annalist of these gallant and long-oppressed races thus to solicit for them a full measure of Your Majesty's gracious patronage; in return for which, the Rajputs, making Your Majesty's enemies their own, would glory in assuming the "saffron robe," emblematic of death or victory, under the banner of that chivalry of which Your Majesty is the head.