Casuals of the Sea 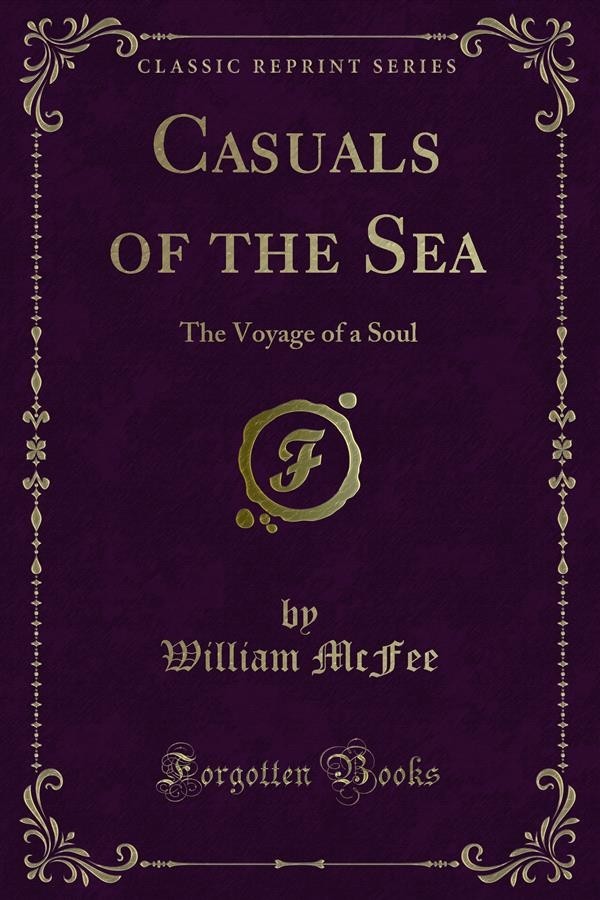 Casuals of the Sea

About twenty years ago, late in January, snow was falling over North London. It fell for some hours continuously; "without intermission" the Evening Star said, whose sub-editor lived in the neighbourhood; and the said sub-editor sent his nephew, who was learning the business, to the British Museum, to look up heavy snowfalls from 1792 downwards. And by teatime the whole of North London, from the Manor House to High Barnet Church, from Hampstead Heath to Enfield Highway, was very white indeed.<br><br>At a few minutes past four in the afternoon the triangular open common land, which is now the correct and asphalted park called Trinity Gardens, Wood Green, was deserted. Save where an open trench for pipes bisected it like a black knife-gash, "all spotless lay the untrodden snow." In the Trinity Road Higher Grade Board School, which fronted this blanket of virginal purity, the Sixth, Seventh, and ex-Seventh Standards were receiving their weekly spoonful of "English," after an exhausting week of French, German, Chemistry, Botany, Electricity and Magnetism, Physiography, Euclid, Algebra, Calisthenics and the Tonic-Sol-Fa Method of Voice Production. The English tabloid for the week was "Hohenlinden," and the senior assistant teacher, who cared more for white blood corpuscles and protoplasmic continuity than belles-lettres, misunderstood the obvious excitement among the boys massed beneath the big rostrum. Preoccupied with the biological difficulties of the B.Sc. Final, he selected Bert Gooderich to stand up and read the poem through. Now Bert Gooderich was not a suitable person to stand up and read a poem through. He was a brown-haired, black-eyed youth of fourteen (nearly), built compactly, and solidly, like a sack of concrete cement, with the mouth tied up. He was muscular, with a promise of lengthening bone and deepening chest. His voice had broken a month or so before. His round-barrelled calves touched as he stood with his feet together.