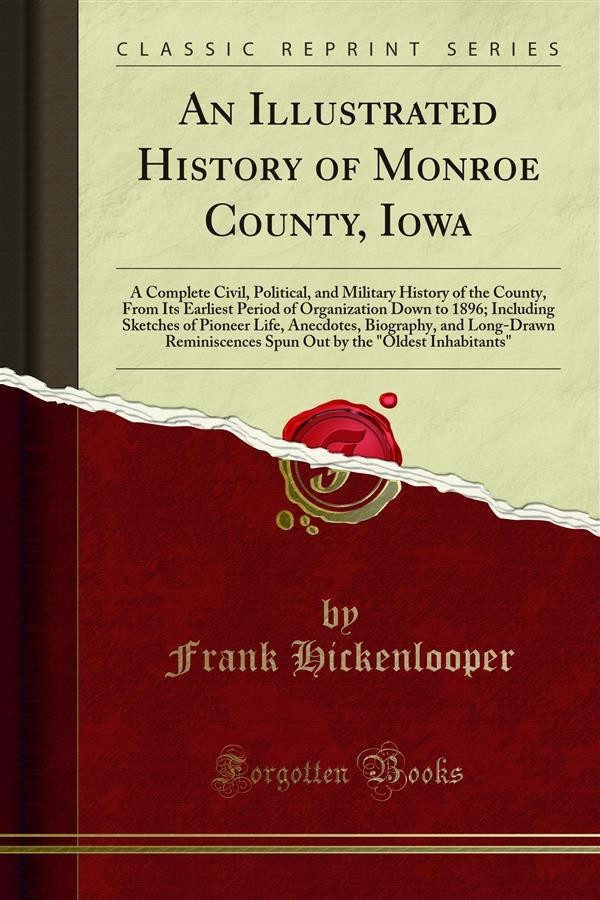 It is with a mingling of both pride for the locality of one's birth and a sincere desire to preserve the annals of its community that the writer has undertaken the authorship of this volume. It may perhaps be a source of regret that the work has not been performed by abler hands; and especially by some one who has seen with his own eyes the procession of events as they have transpired. However, in porportion to the disadvantage of being of a later generation, the writer has endeavored, by special pains and untiring application, to attain the same result as that which would have been achieved with less difficulty by one whose life has been a part of the history of Monroe County from its earliest organization down to the present time.<br><br>No words of surprise need be uttered at the mutations which time has wrought within the comparatively brief period of the county's life.<br><br>That Monroe County should, in, the course of time, become one of the garden-spots of earth, was a natural sequence. Already it has been verified in part; and the most sanguine dreamer may fail to see through the mist of the future the full grandeur of that which is yet to be.<br><br>The annals of a community should not be classed as something trivial or commonplace. The history of a county ought to be preserved, in order that some day it may offer to the historian, whose field is of wider scope, details to augment the sum total of a State's, or even of a nation's history.<br><br>Another reason why it should be preserved: it sets up to posterity examples of exalted manhood and womanhood, as revealed in the lives of the pioneer settlers. They were men and women with brave hearts and unclouded hopes. Their hands were willing and their faith was strong. They "blazed" out the lines of their habitations in the forests, and broke the violet-studded sod of the prairie, in, good faith of a future home.