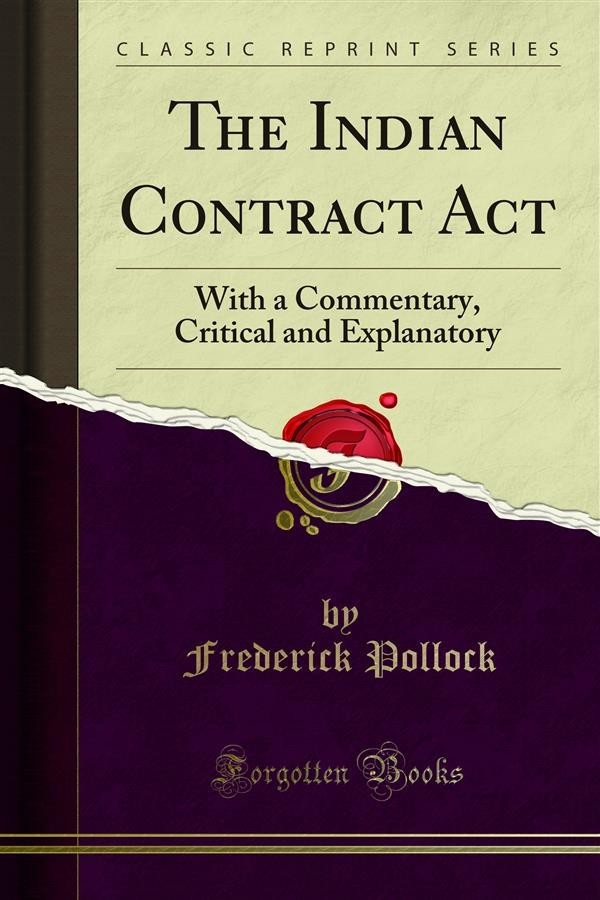 Indian and English Courts reported since the publication of the first, some new features are introduced in order to make the book more useful to practitioners.<br><br>It has been thought well to enlarge the commentaries on the chapters dealing with Sale, Agency, and Partnership, and to entrust the two former topics to writers who have given special attention to them. Accordingly the commentary on Sale has been revised by Mr. James Bromley Eames, B.C.L., of the Middle Temple, and the commentary on Agency by Mr. William Bowstead, of the same Inn. I have no hesitation in vouching for the quality of their work, though no such warranty seems needful. Then I have myself made such additions as seemed desirable in the chapter on Partnership.<br><br>References have now been added to the unofficial reports commonly cited in British Indian Courts, namely, the Calcutta Weekly Notes, the Bombay law Reporter, the Madras Law Journal, the Allahabad Weekly Notes, and the Punjab Record. In my own view the regular reports in the High Courts are already too voluminous and indiscriminate, but this does not make it less probable that they sometimes omit decisions of real importance. At all events the other reports mentioned are current even in the High Courts, and text-writers can only take things as they find them.<br><br>This is not the season to complain of the Government of India for not having leisure to undertake a thorough revision of the Contract Act. One can only repeat that it has remained unrevised longer than any codifying Act ought, and hope that the Legislative Department will not lose sight of the matter.