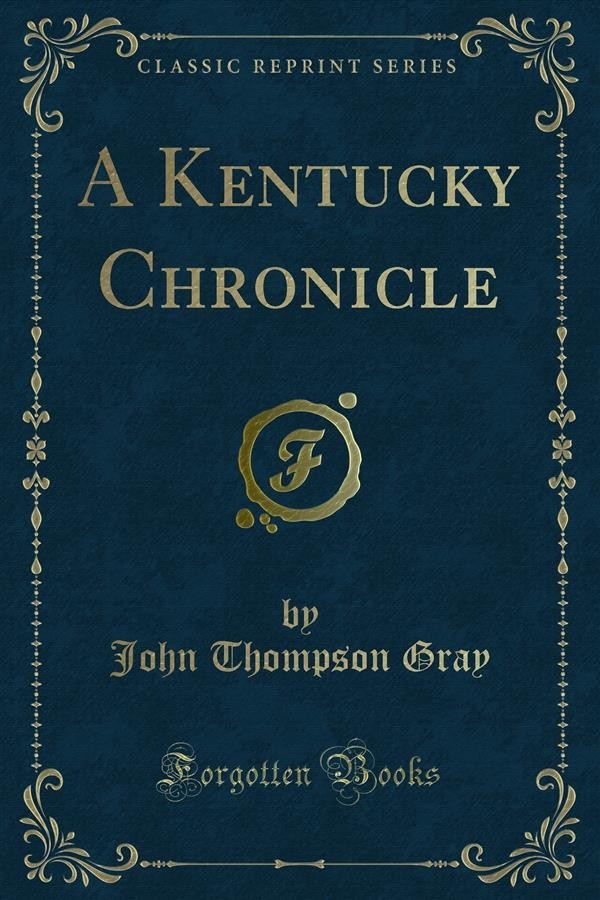 To exhibit by sketches from social annals, as by a cross-section, a phase of the early civilization of Kentucky, common in its leading features to most of the slave States, but in some respects peculiar to the locality to which it relates, is the purpose of this book. The incidents recounted are all true, derived from authentic sources or of which the writer may say "Quorum perexigua pars fui" The characters are real people that lived, moved, and had their being. For obvious reasons names have been sometimes changed, but in all else it is a veritable chronicle.<br><br>It would be presumptuous to claim for this work the title of history. Dealing with a people of that happy class whose annals are dull, it possesses none of the dignity and concern so often "purchased to history at the expense of mankind." Yet when faithfully done such writings are not without value. Mr. Burke, speaking of books that depict the manners of a people, says, "We possess at this time very great advantages toward the knowledge of human nature. We need no longer go to history to trace it in all its ages and periods."