A History of European Thought in the Nineteenth Century 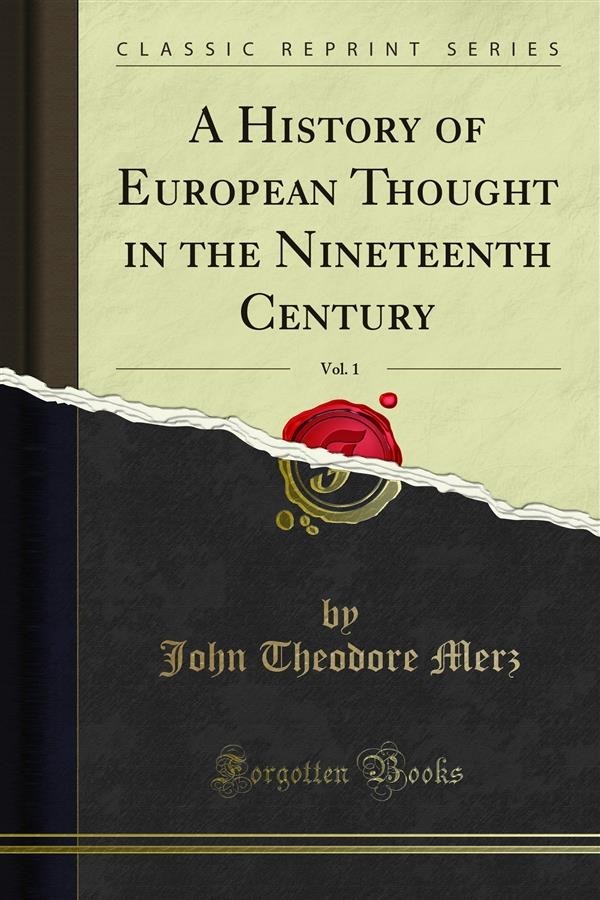 A History of European Thought in the Nineteenth Century

As the plan of this work is fully given in the Introduction, only a few points, chiefly of a personal character, remain to be touched on here.<br><br>The first refers to the motive which led me to a course of studies, extending over more than thirty years, of which this book is the outcome.<br><br>The object of the book is philosophical, in the sense now accepted by many and by divergent schools - i.e., it desires to contribute something towards a unification of thought. When in the beginning of my philosophical studies I became convinced that this is the task of philosophy, I felt the necessity of making myself acquainted, at first hand, with the many trains of reasoning by which, in the separate domains of science, of practical and of individual thought, such a unification has been partially and successfully attempted. Such a survey seemed to me indispensable.