Jesus and the Coming Glory 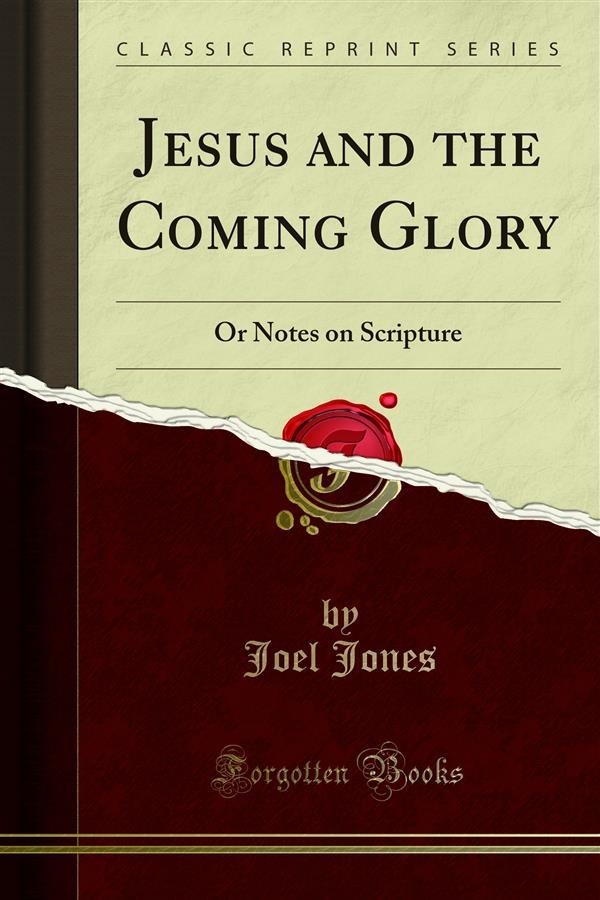 Jesus and the Coming Glory

That the author of a work which, either as to its substance or its method, is seriously influenced by considerations which are not discussed in the work itself, should, by preliminary explanations, or even by a large introduction, set forth those controlling considerations, is extremely natural, may often be indispensable, and was formerly very general. But it is not possible for one human being so to possess himself of the whole thought of another, as to perform this service for him, even when it is needed, with complete success. Moreover, it is only in works of a peculiar kind - and this work of Judge Jones can hardly be said to be of that kind - that such attempts can be important, even when they are successful. It is because the duties of friendship are sacred - sacred towards the dead - sacred towards those who survive - far more than because there is any need of it, that any words of mine precede these Notes on Scripture.<br><br>Many years ago, and for a number of successive years, it was my fortune to be immediately connected, as owner, publisher, and editor, with the periodical press. Judge Jones was one of the largest and most valued contributors to those pages for which I was, in so many ways, responsible. Expositions of Scripture, and expositions, critical and historical, of the Papacy, were his chief themes. This literary connection ripened into a warm and lasting friendship; and in this manner were those abounding opportunities afforded, to appreciate justly his gifts, his attainments, and his virtues, and to speak with the greatest confidence of his remarkable fitness as an expositor of the word of God.