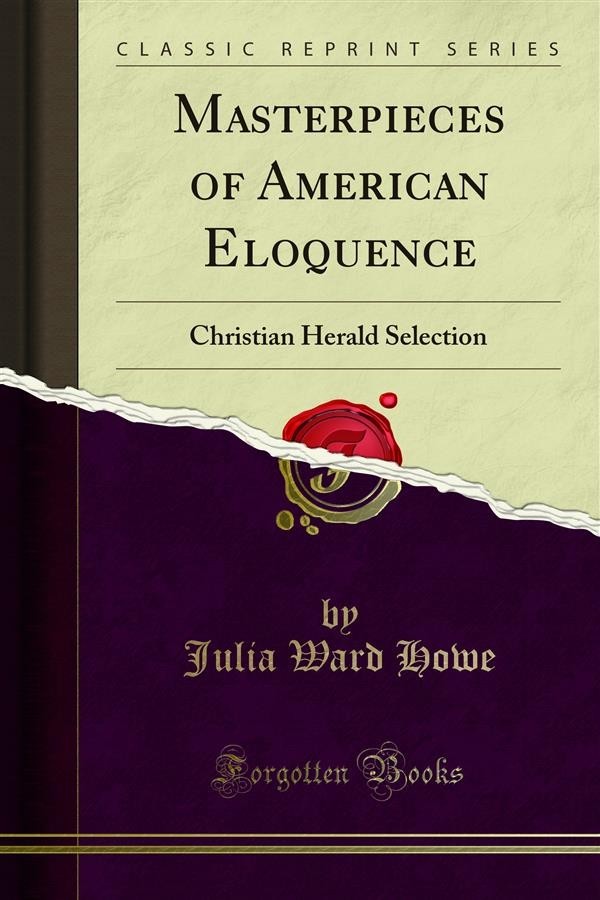 The historians of antiquity attached so much importance to the utterances of the great men of whom they wrote, that they were fain to make such report as they could of the orations pronounced by these personages, on occasions of public interest. Where full knowledge in this regard was unattainable, the historians themselves, it is supposed, composed such addresses as such men, under the given circumstances, would have been likely to make.<br><br>The orations of Demosthenes and Cicero have, indeed, been preserved for us in their entirety; and continue to this day to hold an important place in Greek and Latin classics. In addition to these, Thucydides, Livy, and Tacitus hand down to us many eloquent sentences; which may have been correctly, even if imperfectly, reported. Nothing, indeed, can bring the people of other times so much within the comprehension of later generations as can the record of what their eminent men were moved to say in the great crises of their public life. The Latin proverb tells us that: "Verba volant. Litcra scripta manet." But in the recorded orations, the flying word is made to remain, the fleeting impression reproduces itself; we live for the moment the life of days long vanished.<br><br>As Americans, we have especial occasion to feel an interest in the volume herewith presented. Eloquence does much to build up the life of free peoples. The words uttered by patriots in our early history were prophetic of the destiny of a Nation fated to play a new part in the great drama of the world's record. The indignant protest of James Otis against the Writs of Assistance, imposed upon the Colonies by the Mother Country; the burning words of Patrick Henry, from which fugitive slaves in our own time have taken to themselves the sentence; "Give me liberty, or give me death!" the weighty utterances of Samuel Adams, Alexander Hamilton, and Thomas Jefferson - do they not bring back to us the very walls within which the fateful pleadings were made?