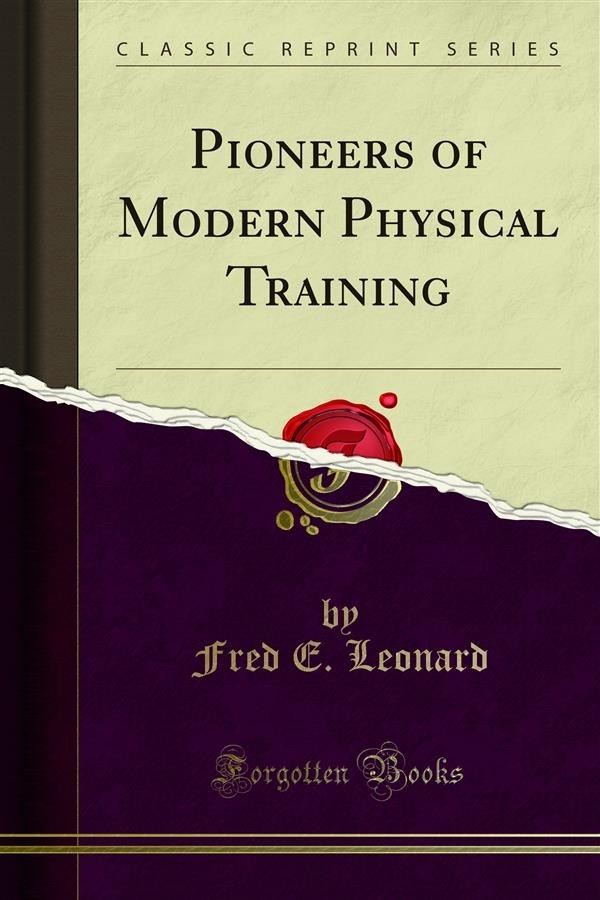 The first edition of Pioneers of Modern Physical Training was merely a reprint in book form of a series of biographical sketches which appeared in Physical Training from month to month between January of 1909 and June of 1910. They were begun with no thought of completeness, and with the idea of furnishing a full-page portrait faced by a page of text. After two instalments had been prepared it was decided to lengthen the remaining articles in order to allow a more adequate treatment. Certain persons whom I desired very much to include in the list were omitted at the time owing to lack of available portraits or the necessary biographical data, or because the historical background involved had not yet been sufficiently studied. None of these reasons exists any longer, and I have therefore added the names of Amoros, Hjalmar Ling, Brosins, and Bet::;. Other sketches have been expanded to make the significance of the subject more apparent and to secure a better balance of parts. The Introduction and Appendix are taken from an article published in Physical Training for January and February of 1912 and in the American Physical Education Review for March and April of the same year. It is hoped that in its present form the book may serve as an introduction to the history of physical education, and commend itself to teachers of that subject who desire a manual for use in normal schools, leader' classes, and summer schools.