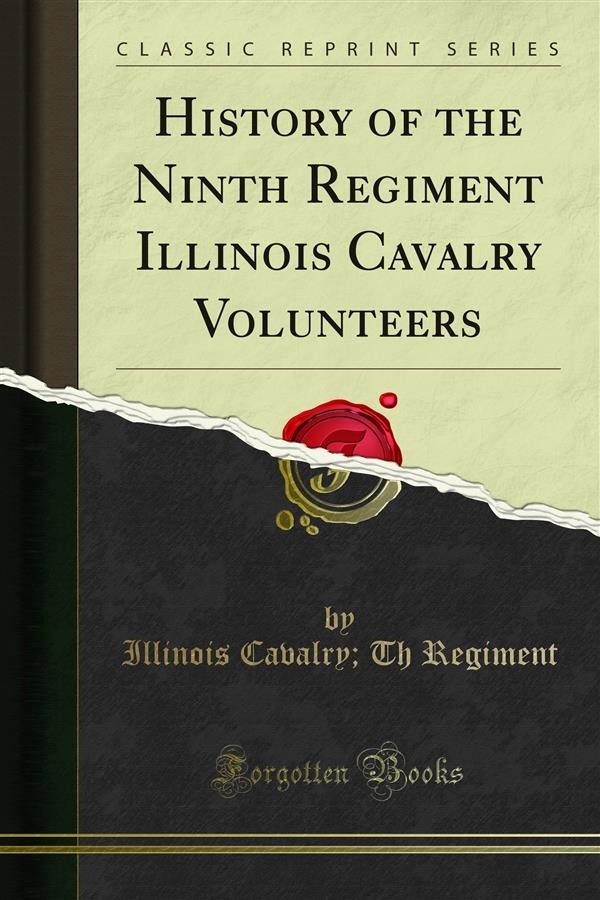 A period of over twenty years had gone by, and no history of the Ninth Illinois Cavalry Volunteers had been written. The Comrades, often as they met, would speak on this subject, and discuss the desirability of such a work; still no definite plan was proposed.<br><br>Finally, at the Reunion in Chicago in 1886, the subject was earnestly discussed and all present expressed a desire that something be done, and it was thought that a plan was proposed and would be carried out whereby we should at last have a history written; still the matter dragged and appeared not to assume tangible form.<br><br>At the Reunion in Rock Island, in September, 1887, the pressure was increased, and it was said; "We must have a history."<br><br>A Committee was appointed of the following named gentlemen: J. H. Carpenter, H. B. Burgh, J. W. Harper, A. R. Mock and C. L. Pullman, to examine and report on a partially written history by one of our Comrades. This Committee made repeated efforts to see and pass upon the merits of the work of said Comrade, but were never able to gain his consent to a full examination of the same, and finally gave up all hope of a history in that direction.<br><br>A part of the Committee met in Chicago, December 7, 1887, and after discussing the question very fully, concluded to enlarge the Committee already named by adding the following Comrades: J. T. Showalter, P. V. Fitzpatrick, and H. A. Hawkins, to be known as the Historical Committee of the Ninth Illinois Cavalry Veteran Association.<br><br>An arrangement was made with Comrade E. A. Davenport, as Historian, and, because of his long connection with the Regiment, and as one in whom the Committee, and we believe all Comrades of the Ninth, have full confidence to compile an impartial history of the Regiment. The details of the work was laid out, and a beginning was at once made, and it was contemplated to have, if possible, the work completed by the time of the Reunion in the fall of 1888. Circulars and letters were sent out to every Comrade whose address was known, to secure financial aid and historical matter of all sorts to aid the Historian in the preparation of this work.<br><br>The plan of the book was left largely in the hands of Comrade Davenport. While the magnitude of the undertaking was not fully realized at the inception, and more time and money have been required for its completion than was anticipated, we trust the volume will be satisfactory to those for whom it was written.<br><br>We are glad to be able to present the portraits of a few of our Comrades.