Thematic Guide Through the Music of Parsifal 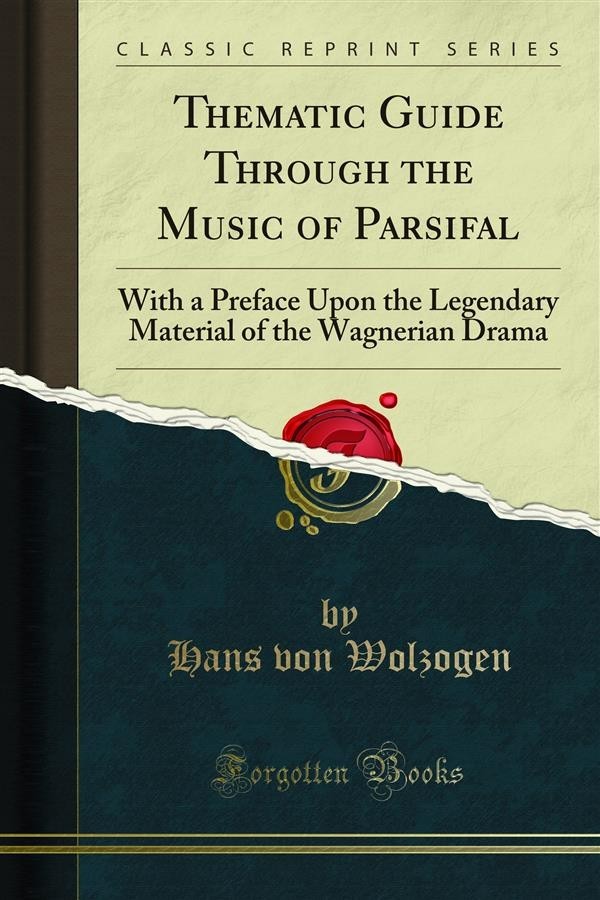 Thematic Guide Through the Music of Parsifal

Because the dramas of Richard Wagner dealt with early Germanic or mediaeval legends, critics generally have committed the mistake of judging them according to the standard of the existing old German poems upon which these legends were founded. For "Tristan," they have cited the Epic of Gottfried von Strassfeurg; for the "Ring of the Nibelungen", the Nibelungenlieder. Those, who perceived that Wagner's Nibelungen poetry had little in common with the Nibelungenlieder brought forward instead, the Edda-Lieder, and treated the new drama as a dramatized form of these old Skaldic poems; thus our poet has been reproached for leaving German soil in order to bring his subject matter from a foreign land.<br><br>This is incorrect and very foolish. Wagner's subject matter is much older than these confused, fragmentary, Skaldic settings of old beliefs and legendary recollections; not to speak of the epic arrangements of the 13th century. Their characteristic features were first brought to Europe by Aryan races from Asia, and since then with constant changes and condensations have passed into the possession of the Germanic races, especially the German people.<br><br>The Eddalieder, in so far as they treat of the Siegfried legend, are German, but outside of this they are Celtic-French, as are also Tristan and Parsifal, whose hidden subject matter, so universally human, was first brought to its full ethical realization by German poetry, and thus became the possession of the German people.