Life and Adventures of Frank and Jesse James 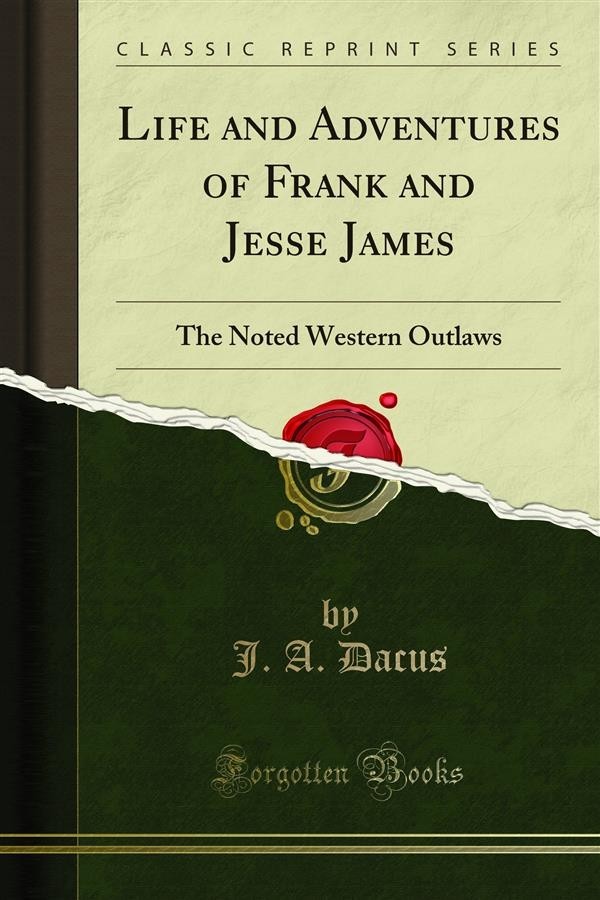 Life and Adventures of Frank and Jesse James

The extraordinary demand for this history having worn out the orignal set of electrotype plates within the first year of its issue, the publishers, at heavy outlay, had the entire work reset and newly electrotyped. Advantage was taken of this opportunity to revise and also to enlarge and greatly improve the work, as befits its character as the standard authority on this important and popular historic subject.<br><br>Authentic and carefully written biographies of the famous Younger Brothers were also added, forming the second part of the present volume.<br><br>As it is the steadfast purpose of the publishers to keep the work fully up to the highest standard of authenticity and completeness, two subsequent revisions and enlargements have been made, bringing the history down to date and describing the exciting events connected with the Winstonville robbery and the death of Jesse James. Numerous carefully engraved portraits and views have been added, taken from life and from photographs furnished by Mrs. Samuels, mother of the James Brothers. At great trouble and expense, the publishers have also secured the original manuscript of the only letter written by Jesse James as Thomas Howard, and an exact fac-simile of it forms an attractive feature of the present edition.<br><br>The extraordinary favor with which the work has been received, is due beyond doubt to its accuracy and truthfulness, and the easy, picturesque style in which it is written. These characteristics will be looked for in vain in any of the feeble yet pretentious imitations which the wonderful success of our canvassers has called into life.<br><br>The publishers are confident that in its present shape Mr. Dacus' fascinating volume will prove more attractive and salable than ever.