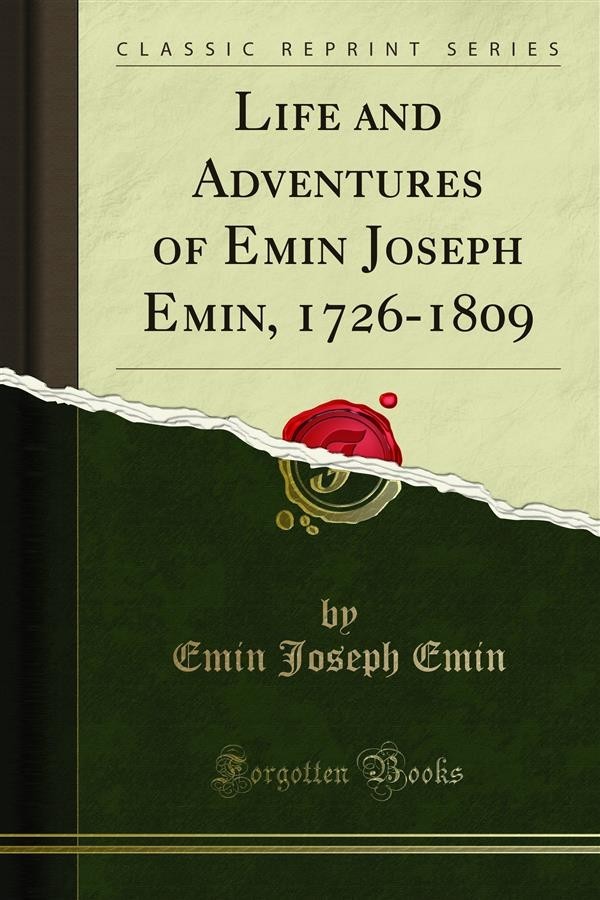 Two years ago, when I decided on reprinting the "Life and Adventures" of my great-great-grandfatber, I had in my possession no papers, letters, documents, or evidence of any kind concerning him, nor did I know of the existence of any, other than the book itself. A dilapidated copy of his "Life." and the simple inscription on the stone with its design of cannon and drums covering his remains in the churchyard of Nazareth's Armenian Church in this city, represented all that I knew of him. And I began to realize the truth of what he said in 1788, when he wrote that "in twenty years more, when he and all his good friends who knew his accounts to be true, shall be dead and gone he would be looked upon as a mere romancer."<br><br>Not knowing where to turn for some information about him, his frequent references to "the celebrated Mrs. Montagu" led me to look up the name of this lady in a biographical dictionary, and, almost simultaneously, in the strange way in which one thing so often leads to another, I came on the advertisement, in a bookseller's catalogue, of the "Letters of Elizabeth Montagu," published ten years previously by her great-great-niece, Mrs. E. J. Climenson. Thinking that this book might perhaps contain some slight references to my ancestor I sent immediately to England for a copy. To my surprise it proved to be the first link in the chain of evidence which thenceforward began to unfold itself.<br><br>Joseph Emin had come to know Mrs. Montagu through Lord (then Earl, later Duke of) Northumberland, who had befriended him when, after running away from his father in Calcutta, he had passed over four years in London struggling hard for his existence, sometimes on three halfpence a day, "without Money, without Friend, or any Body but Lord in heaven!" And, amongst the mass of correspondence (68 boxes, each containing from 100 to 150 letters) left by the "Queen of the Blue Stockings," as she was called, there were over twenty letters written by Emin the Armenian to herself and to her friends, besides copies of other letters made for her information, for she was much interested in him and exerted her influence in many ways to help him to attain his objects. While no letter, or any specimen of his handwriting, was to be found amongst his descendants in India, these letters had been carefully Stored away by his kind friend in England - eventually, after the passing away of more than a hundred and fifty years, to come into my possession - for, after communicating with Mrs. Climenson, I acquired from her all the letters of Joseph Emin that she still possessed.