The Book of Snobs 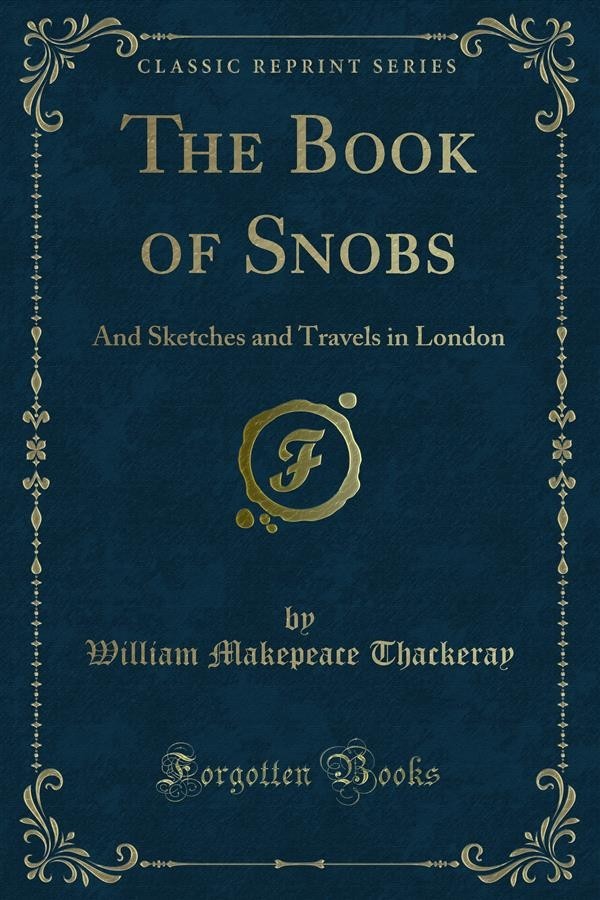 The Book of Snobs

The genus "Snob" formed the subject of the earliest of Mr. Thackeray's studies of character. When he was an undergraduate of Cambridge, in 1829, there appeared an unpretending little weekly periodical entitled The Snob: a Literary and Scientific Journal, Not "conducted by members of the University," to which Mr. Thackeray was a contributor; and it probably owed its name and existence to him. Each number contained only six pages, of a small octavo size, printed on tinted paper of different colours, green, pink, and yellow; and, as if to complete the eccentricity of the periodical, its price was twopence-halfpenny. The Snob had but a short life, only eleven numbers having been published; the first being dated April 9th, 1829, and the last, June 18th, of the same year.<br><br>In those contributions which appear to have been written by Mr. Thackeray, indications arc discernible of the fine satiric humour with which he ridiculed vulgarity and pretension in The Book of Snobs. But as the Publishers believe that the Author would not himself have wished such fugitive papers, hastily thrown off in sport for his own amusement, at an early period of his life, to be republished, none of them have been included in this volume.